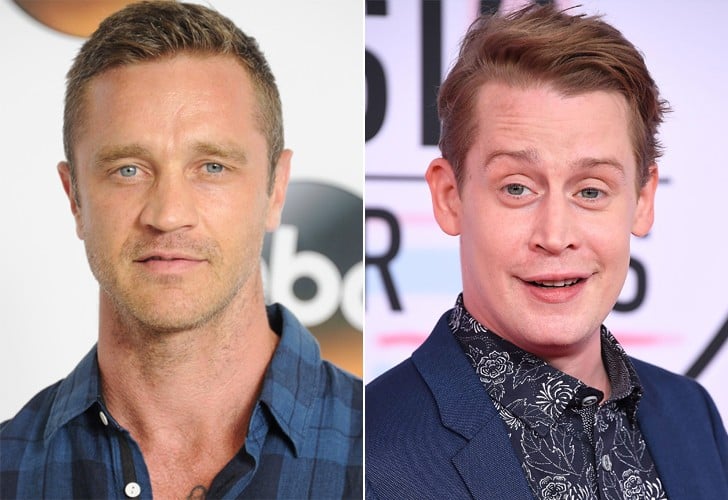 If you grew up in the '90s, you can't help but feel nostalgic when you hear the names Macaulay Culkin and Devon Sawa. The actors, now 38 and 40 years old, respectively, came up around the same time with similar starts as child stars. Macaulay became a household name with leading roles in movies like My Girl and Home Alone, while Devon won over tweens in Casper, Little Giants, and Now and Then. (You better believe I had multiple Devon Sawa pictures taped to my wall, and when people asked who I had a crush on, I'd say, "Junior Floyd.")

The parallels between their early careers made it all the more surreal when, last Summer, the pair got into a sort of tongue-in-cheek Twitter "feud," which began after Devon noticed that Macaulay was selling "Devon Sawa" shirts on his website. What followed was a funny, bizarre back-and-forth that felt particularly entertaining to those of us who adored them in the '90s. As a follow-up to the surprising exchange, New York Magazine recently got the pair into the same room for the first time ever for a hilarious, thoughtful interview about everything from child stardom to the bizarre rumors they hear about themselves. Keep reading for a look at some of the best quotes from their conversation, then just for kicks, test your knowledge of '90s movies.

Related:
144 of the All-Time Best '90s Movies — How Many Have You Seen?
Previous Next Start Slideshow
Devon SawaNostalgiaMacaulay CulkinThe '90s