Robert Pattinson and FKA Twigs are reportedly doing just fine after the 29-year-old singer was spotted spending time with French model Brieuc Breitenstein while vacationing in Ibiza, Spain, last week. People reported on Monday that Rob and FKA Twigs are "definitely still together" despite her being photographed getting kind of close with the model while taking in the scenery (Brieuc appeared to be nuzzling into her hair). Later that evening, they were seen walking side by side in matching all-white outfits. Meanwhile, Rob added to the split rumors when he was snapped having dinner with close friend Katy Perry in LA earlier in the week; the insider told People that Rob and Katy are "just friends," and "super cuddly always."

Related:
Katy Perry and Robert Pattinson's Friendship Is So Intriguing

FKA Twigs's outing came just weeks after Robert was asked about his relationship status in an interview with Howard Stern, to which he replied that they were "kind of" engaged. The couple first got together back in August 2014, and engagement rumors were sparked in April 2015. The two have said a lot of sweet things about each other over the years but have managed to keep their romance pretty low-key (especially compared to Rob's last relationship with Twilight costar Kristen Stewart). One of the last times we saw Rob and FKA Twigs out and about together was back in May, when they took a PDA-filled stroll through LA around Rob's 31st birthday. 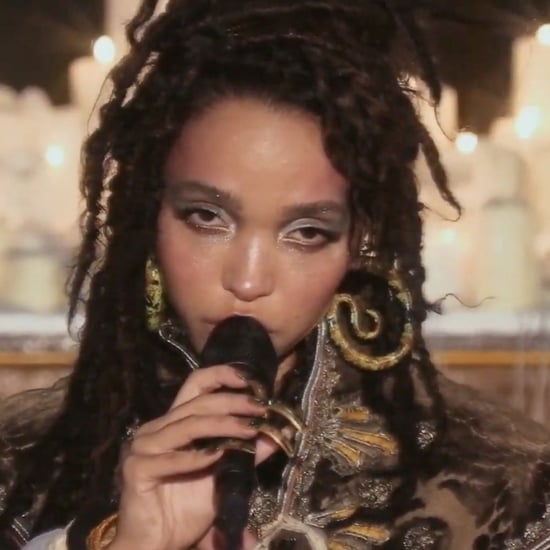