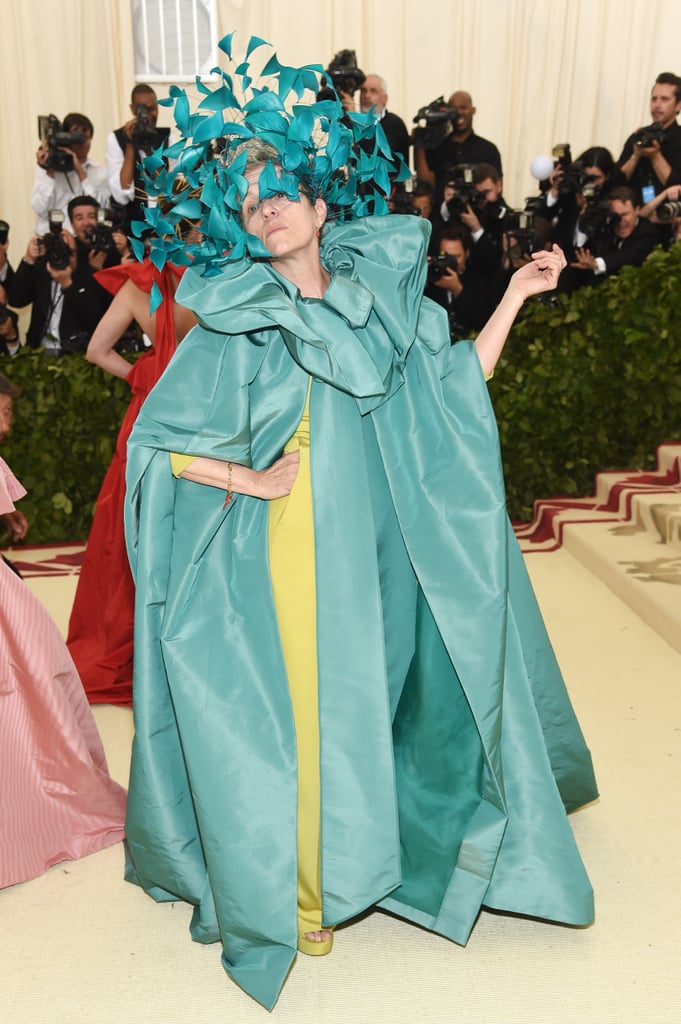 Did you really think Frances McDormand's reign would end after award season? On Monday, the Oscar-winning actress attended the Met Gala in Valentino couture and made Twitter go crazy in the process. While her gown alone was meme-worthy, it was her serious attitude on the red carpet that really sent people overboard. "Frances McDormand is a f-ing MOOD!" one fan tweeted. "I want to be Frances McDormand when I grow up," another Twitter user wrote as she posed alongside Anne Hathaway and Pierpaolo Piccioli. Honestly, same.