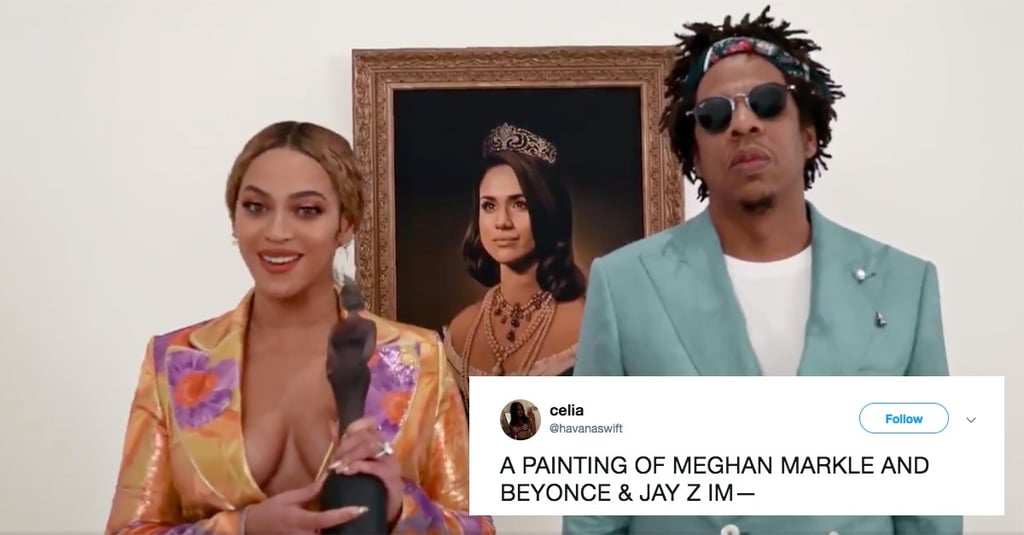 On Wednesday, the talk of the town was the Brit Awards, aka the British equivalent of the Grammys. And, well, it should come as no surprise that Beyoncé and JAY-Z snagged the award for best international group (for their collaborative album, Everything Is Love, which they released as The Carters). It also should come as no surprise that the power couple wasn't there to accept the award. They're busy, OK? But you know what absolutely did come as a surprise? That incredible ode to Meghan Markle in their acceptance speech video.

Like, Bey and JAY didn't even have to make an acceptance speech video in the first place, but then they made the acceptance speech video to end all acceptance speech videos. Naturally, the internet ignited almost immediately with hilarious reactions to the moment. Some fans were just freaking out over the video, while others were reading it as a direct commentary on the way Meghan Markle has been treated by British media. And, frankly, that's when the internet is at its best: when it can instantly offer fresh commentary on an impactful moment and turn it into a hilarious meme, all in one fell swoop. We bow our heads.