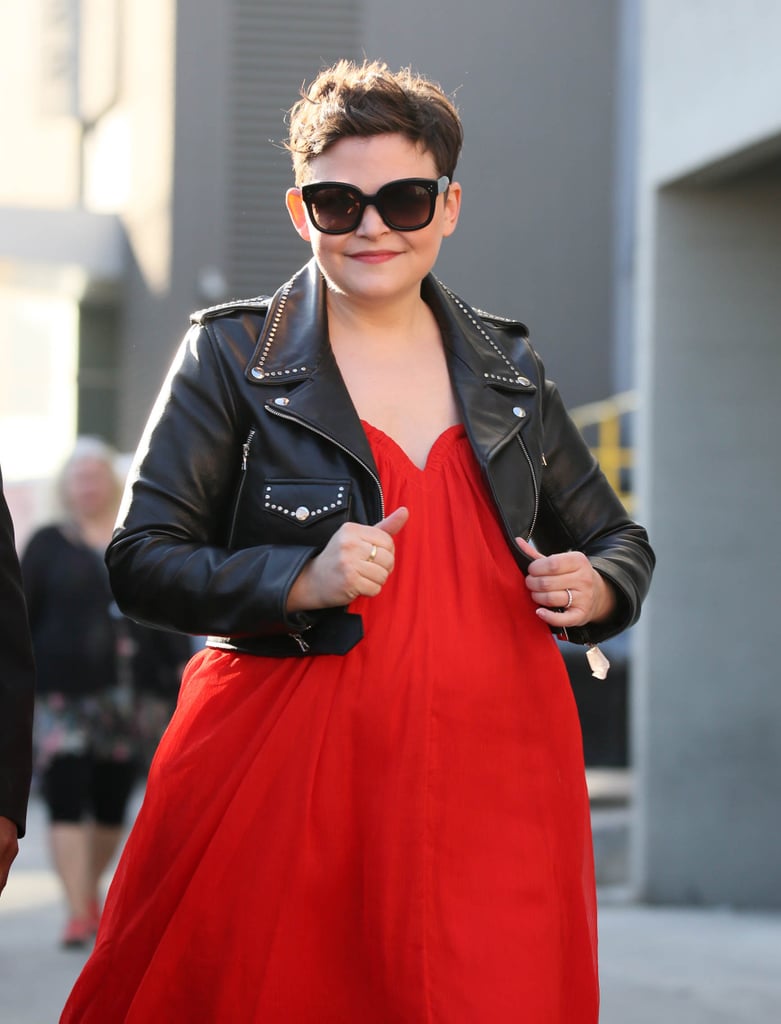 Ginnifer Goodwin showed off her pregnancy glow when she stepped out looking radiant in LA on Monday. The Once Upon a Time actress, who plays Snow White on the hit show, was coincidentally wearing a bright-red dress when she mingled with fans before making her way to a car. Ginnifer is currently expecting her second child, a boy, with husband Josh Dallas. The two are already parents of son Oliver, who will turn 2 years old in May.

The outing comes on the heels of a busy few months for the star. In addition to having a cute Disneyland date with Josh in December, the two were spotted holding hands in Vancouver, British Columbia, Canada, and sneaking adorable PDA in between takes while filming their show. Keep reading to see more of her afternoon, and then take a peek inside the couple's gorgeous home.