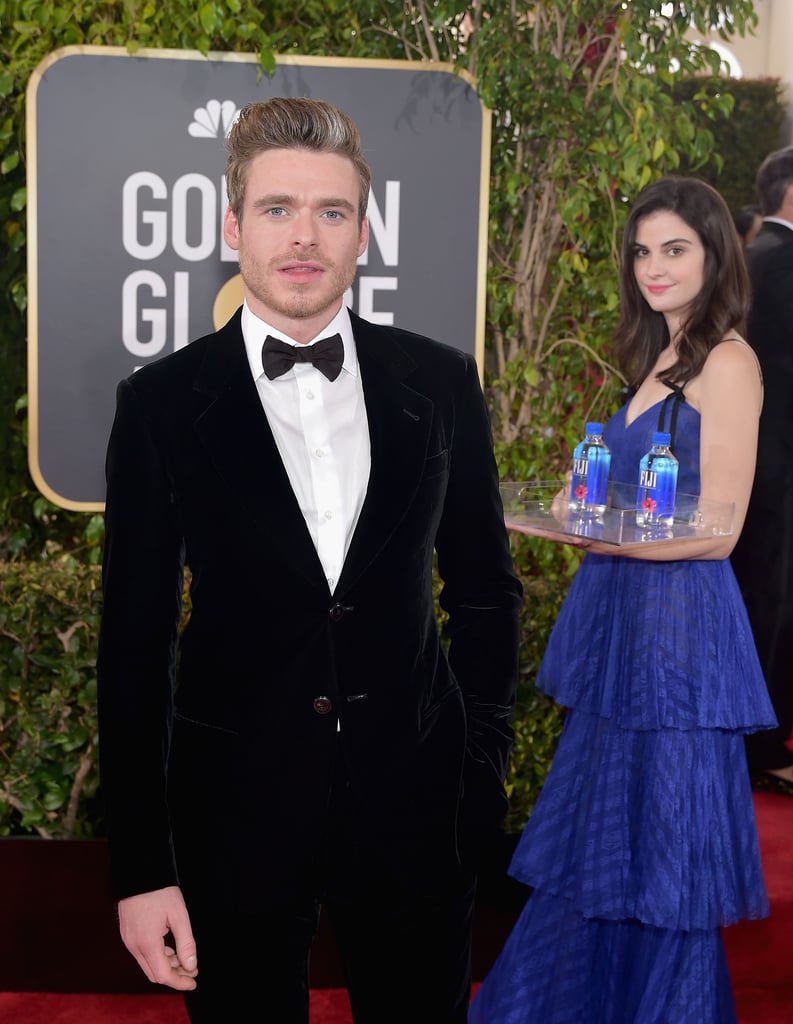 In 2019, I Want to Serve Looks as Hard as This Girl Photobombing at the Golden Globes

Welp, it looks like I need to make some revisions to my New Year's resolutions because I have a brand-new idol whose energy I now plan to emanate throughout the remainder of 2019: "Fiji Water Girl." This unsung hero emerged into the spotlight on the Golden Globes red carpet, where she successfully photobombed a multitude of pictures, lurking in the background as various stars posed. Wearing a royal blue dress and holding a clear tray of Fiji water bottles, she made her presence very known ahead of the award show, and TBH, I think she deserved a shiny Golden Globe for her entertaining performance.

As soon as the Golden Globes wrapped, Fiji Water Girl's identity was revealed, thus putting my sleuthing efforts to rest. Her name is Kelleth Cuthbert and she's a model and actress living in Los Angeles. The native Canadian found her sudden viral fame to be quite ironic because she's been photobombing people "since [she] was a kid," she told Glamour magazine in a post-Globes interview. Ahead, see the hysterical photos of Kelleth owning the red carpet, all in the name of some good ol' product placement.

Harrison Ford
Harrison Ford Congratulates Ke Huy Quan on His Oscar Nomination: "I'm So Happy For Him"
by Sabienna Bowman 12 hours ago