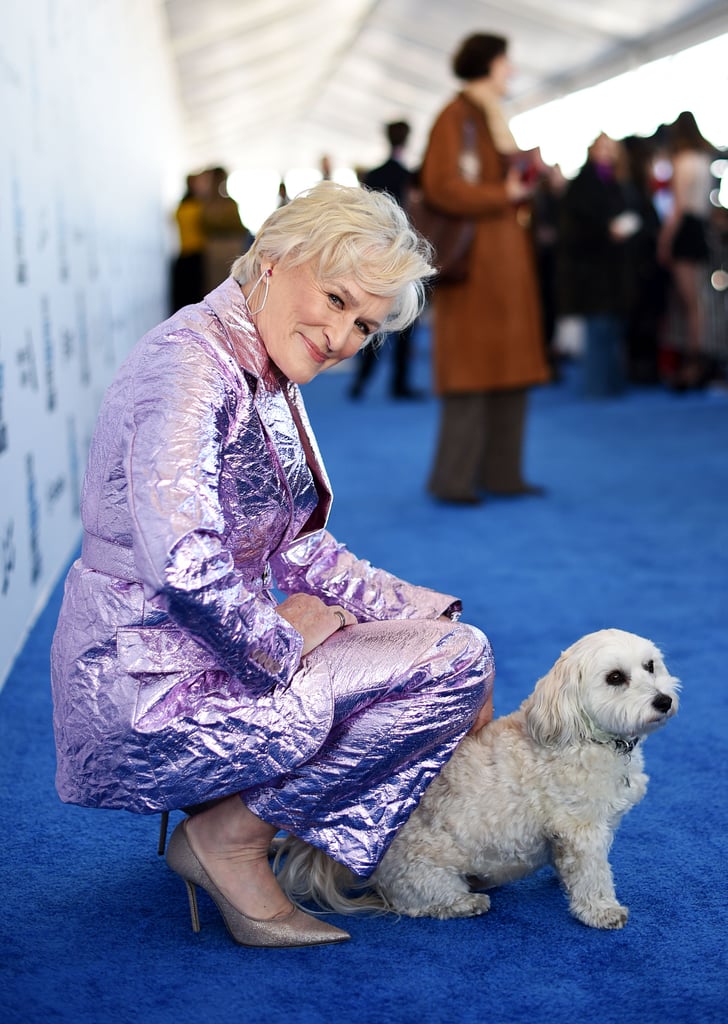 The Independent Spirit Awards are off to a doggone good start, thanks to Glenn Close! On Saturday, the 71-year-old award-winning actress showed up to the event in Santa Monica, CA, with none other than her dog, Pip. The cute Havanese pup — which Glenn has called her "only son" — modeled alongside his mom, who rocked a purple metallic ensemble with a pair of shades.

Glenn received a Spirit award for best female lead for her role in The Wife, but we'd argue that she deserves another honor for bringing such an adorable date to the gathering — and for looking so fierce herself. We're just hoping she does the same thing at the Oscars on Sunday! If you find yourself wanting more of Pip, don't worry — he has his own Instagram account.