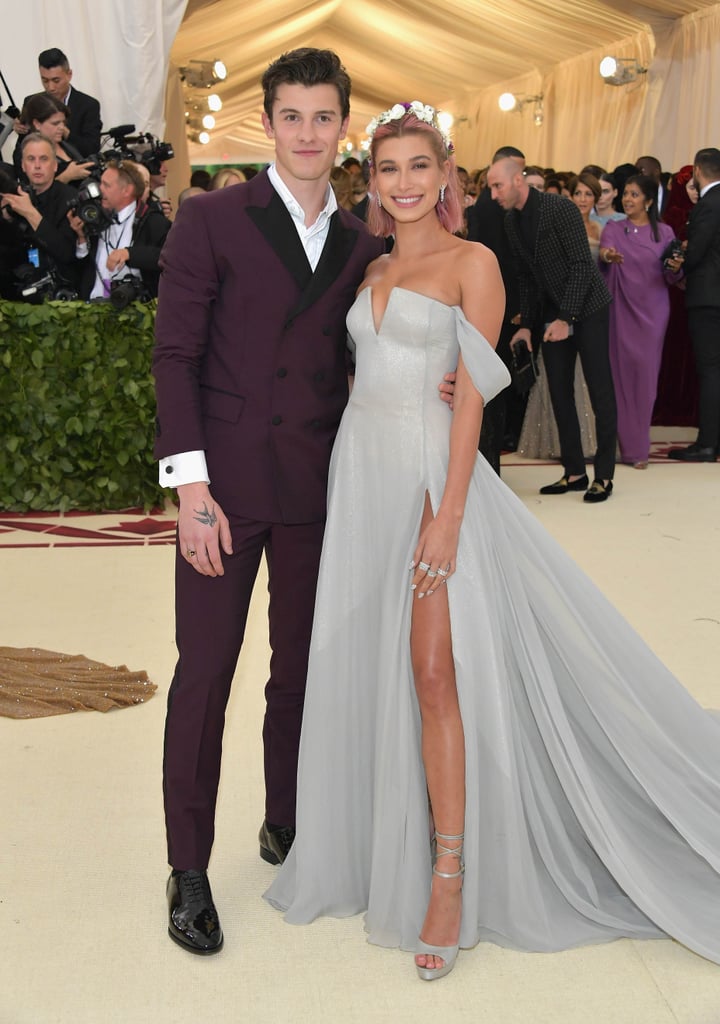 If you, like the rest of the world, have been wondering for months whether or not Hailey Baldwin and Shawn Mendes are dating, their recent outing should clear up everything. But instead of catching a movie or grabbing dinner, the couple made their red carpet debut at the Met Gala in New York City on Monday. Hailey and Shawn, who first sparked dating rumors last October, looked adorable together while posing for photos at the Metropolitan Museum of Art. In addition to sharing a few sweet laughs, the "In My Blood" singer helped the model up the Met steps. Once inside, they met up with model Joan Smalls and designer Tommy Hilfiger and his wife, Dee.

The outing comes a few months after the two were photographed cuddling while out in Shawn's hometown of Toronto in December. While they never confirmed their romance (Hailey said she was single in March), they seem to finally be getting more comfortable with putting their love in the spotlight. While we're obsessed with how good they look together, we also have to admit that we're pretty crushed Shawn is taken.

Related:
Lili Reinhart and Cole Sprouse Made Their Debut at the Met Gala, So No, We're Not OK
Previous Next Start Slideshow
Shawn MendesHailey BieberMet GalaCelebrity CouplesRed Carpet