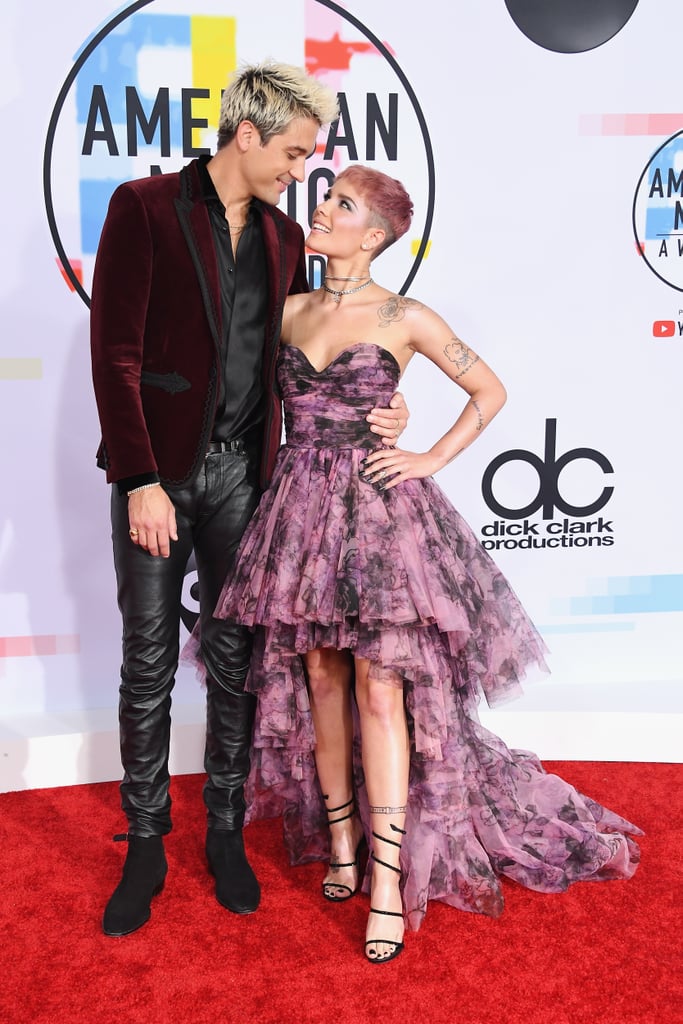 Fresh from their romantic trip to Italy, G-Eazy and Halsey were at it again when they popped up at the American Music Awards in LA on Tuesday night. The couple, who recently rekindled their romance, stuck together on the red carpet as they marked their first red carpet appearance together since getting back together.

G-Eazy and Halsey dated for almost a year before they mutually decided to take "some time apart" in July. While the reason for their brief split still remains unclear, the pair appeared to have reconciled when they were photographed holding hands while leaving an NYC nightclub in August. Halsey also recently released a song titled "Without Me," which is rumored to be about her relationship with G-Eazy. Keep reading to see more of the couple's date night ahead.