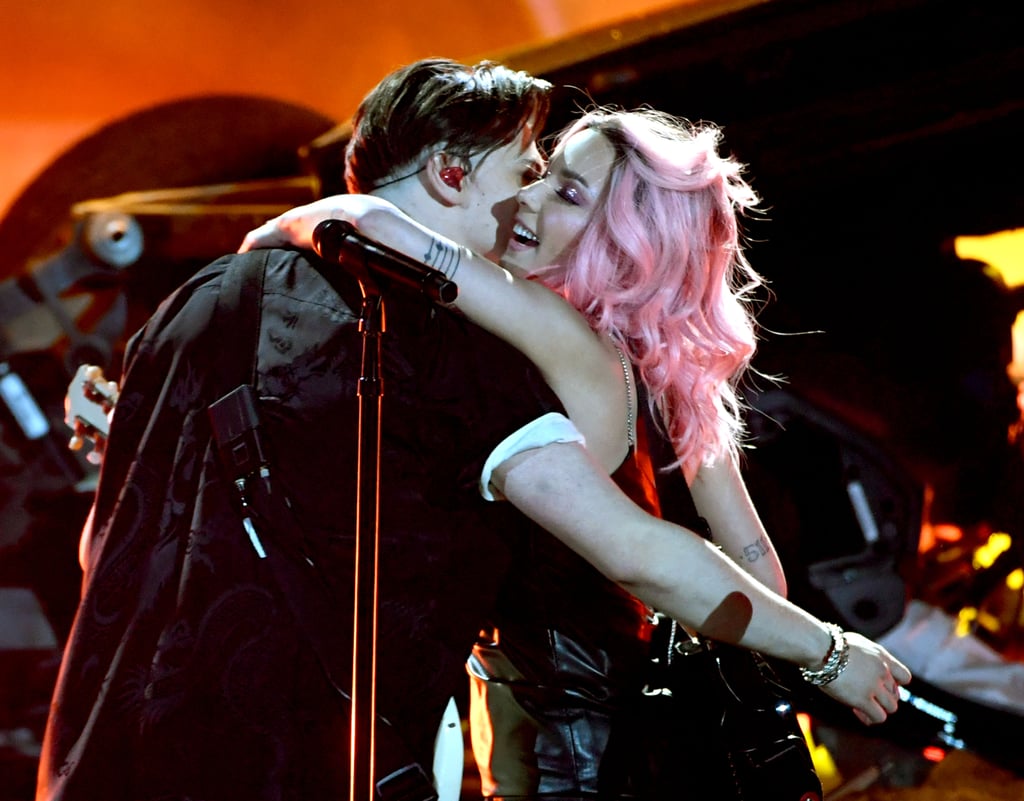 By now, you've probably heard that Halsey and Yungblud are dating! After much speculation, the 24-year-old singer made their relationship Instagram official when she posted a cute photo of the pair in January, and most recently, they teamed up for their latest hit, "11 Minutes," featuring Travis Barker. The chemistry between Halsey and the 21-year-old rocker is undeniable, but how exactly did these two meet?

Well, they have Instagram to thank for their romance. "She sent me her number on an Instagram DM. That's it!" Yungblud revealed in an interview with 97.1 AMP Radio. "I was like, 'That's so cool.' I was just in the studio with my mates and I was like, 'Halsey just gave me her number and a black heart.'" "I'm 24, he's 21, I'm a cougar, I get it," Halsey added. I mean, age is just a number, right? See the couple's cutest moments ahead!

Related:
Halsey May Be "Bad at Love," but She Sure Knows How to Work the Hell Out of a Bikini
Previous Next Start Slideshow
Celebrity InstagramsCelebrity CouplesHalseyCelebrity PDA

Shirtless
After Seeing These Pictures of Resort to Love's Sinqua Walls, We're Going to Need a Minute
by Grayson Gilcrease 3 days ago