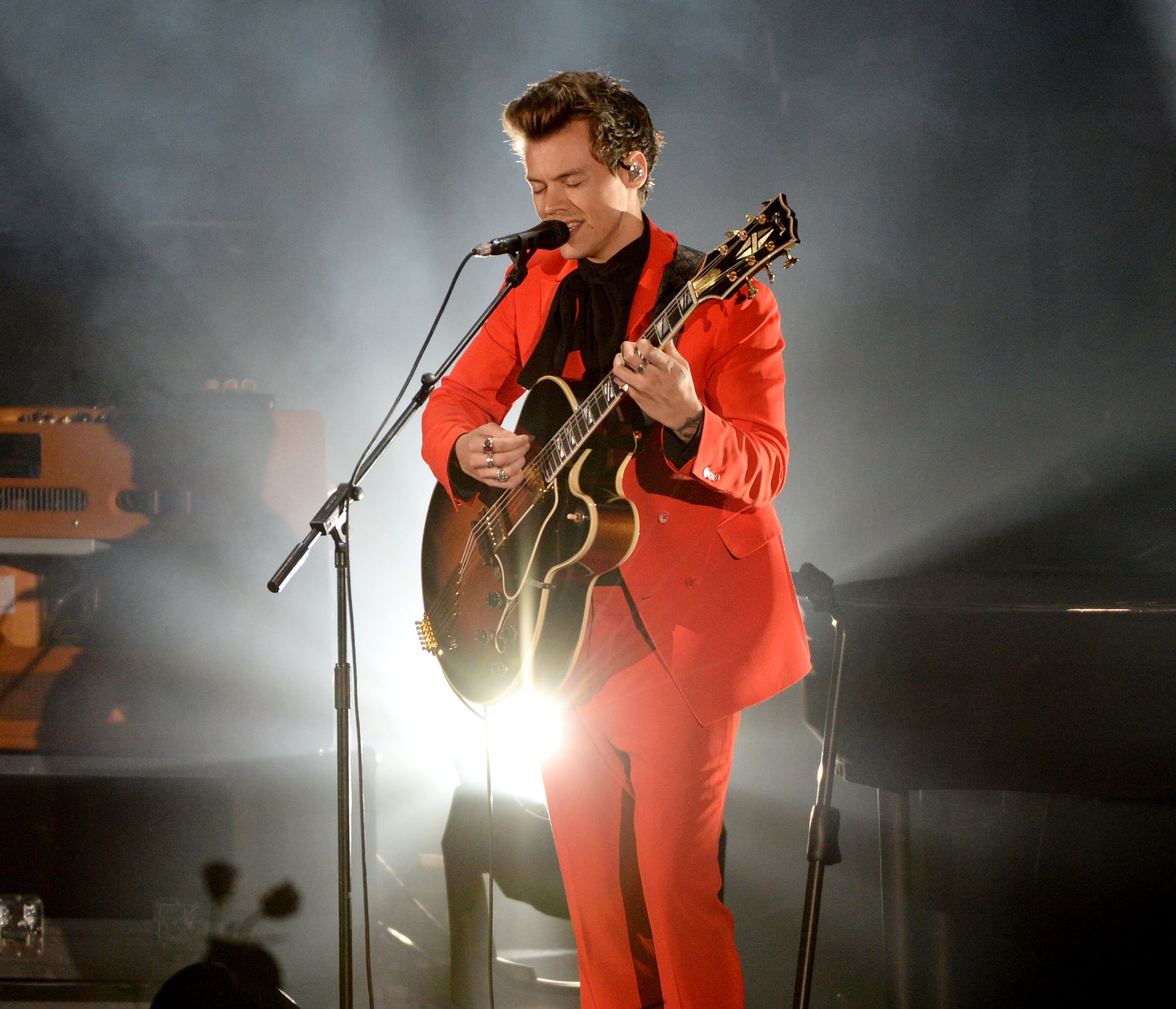 On Oct. 21, a group of musicians came together to perform at Hollywood's We Can Survive benefit concert. Among the performers was Harry Styles, formerly of One Direction fame and currently on the rise as a solo star. He lit up the Hollywood Bowl with his performance, but it was an incident that happened near the end of his set that made headlines — and most of them not good. While Harry got down on his knees at the edge of the stage during a performance of his newest single, "Kiwi," someone in the front row reached out and touched his crotch.

No one is "asking for it" and no one "deserves" it. Period.

Hopefully I don't need to go into detail about why this is so wrong on so many levels; it is obviously never, ever OK to touch someone in any way without their consent, no matter who they are or what they're doing. In a video shared on Twitter, you can see Harry getting down on his knees and the fans in the front reaching out for him. In all the years of live music's existence, it's become commonplace to reach out for the artist you adore — however, that doesn't make it OK to touch them inappropriately. It's unclear to me whether or not the fan intentionally brushed up against Harry's crotch or if they were just so excited that their hand flailed right there. But I do know that some headlines downplayed what happened for a variety of reasons.

TMZ shared a video of its staff discussing whether or not Harry was "asking for it" because he was down on his knees and because "some guys like to get their wieners touched," but saying Harry "deserved" this because he's a singer and was performing a sexy song is the equivalent of asking a woman who was assaulted what she was wearing when it happened. The answers to those questions do not matter because no one is "asking for it" and no one "deserves" it. Period. Other media outlets initially ran stories about an "excited fan" but later took a more serious tone after being called out on Twitter and blasted with messages — to them and also to fellow fans — about respecting Harry.

The issue of women being catcalled or touched inappropriately is finally being recognized for the huge problem that it is (though we still have a long way to go). But when the tables are turned and a woman grabs a man, it's not always called assault. In another story about the incident, it is referred to as "sexual assault" in quotes. Too many people are afraid to label it as actual sexual assault, but I'm not one of those people. Touching anyone inappropriately without their permission is sexual assault. Anyone can be a victim of sexual assault, and we need to stop brushing it under the rug and ignoring it. Ignoring it is what normalizes it.

Related:
Singer Stops Show to Call Out Sexual Assault in the Crowd: "Not at My F*cking Show"

Celebrities are often treated like objects, simply because they are famous and people forget they're still human. Too many fans start to feel like they're entitled to more than they really are, just because they pay money for an album or a movie or a concert. I'm obviously very intimately involved with Harry's career, so I've seen it with him especially; he is pushed and pulled every time he's in public and has phones shoved in his face because people care more about a picture of him than a conversation with him. It's one thing to want to be close to your idol and remember the moment forever, but it's a whole other beast to actually touch them without their permission.

Harry hasn't acknowledged what happened at the concert himself, beyond jumping up during the song and carrying on like the consummate professional that he is. Despite what some have reported, he has said nothing on the matter, and while that's his choice — possibly because he's too damn nice to tell a fan not to touch him — it's my choice to call it out for what it is. It was assault, and it's not OK for it to happen to him or to anyone else. The first step is acknowledging it for what it is and making it clear that it's wrong. So very wrong.

Friendship
How to Support a Friend Who's Been Sexually Assaulted, According to Psychologists
by Ashley Broadwater 6 days ago
Harry Styles
Emma Corrin Is Really Out There Living the Dream of Kissing Harry Styles in My Policeman
by Grayson Gilcrease 6 days ago

Personal Essay
I Confronted My Abusers, and I Still Struggle With the After Effects of Sexual Assault
by Ashley Oken 1 week ago