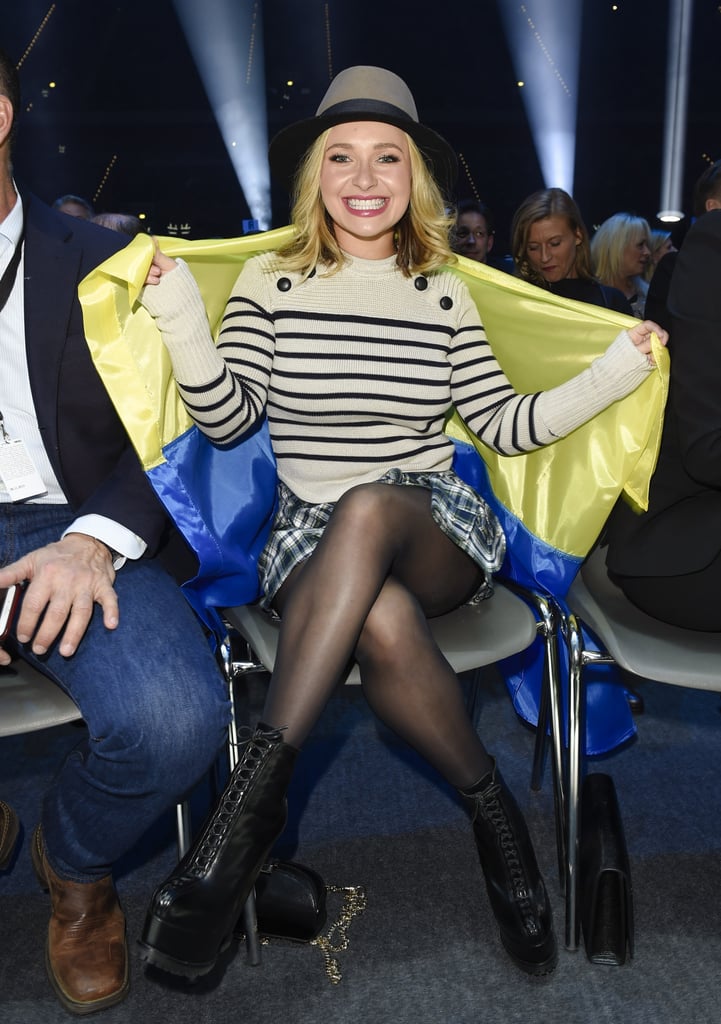 Hayden Panettiere was on hand to support her fiancé, Wladimir Klitschko, during his boxing match against Tyson Fury in Germany on Saturday. The Nashville star was all smiles as she attentively watched the match from the sidelines. The exciting event marks Hayden's first public appearance since she entered treatment for postpartum depression in October, just 10 months after she gave birth to her daughter, Kaya Klitschko. A rep for Hayden confirmed the news to People, saying that she was "voluntarily seeking professional help at a treatment center as she is currently battling postpartum depression." Read on to see more of Hayden's latest photos.