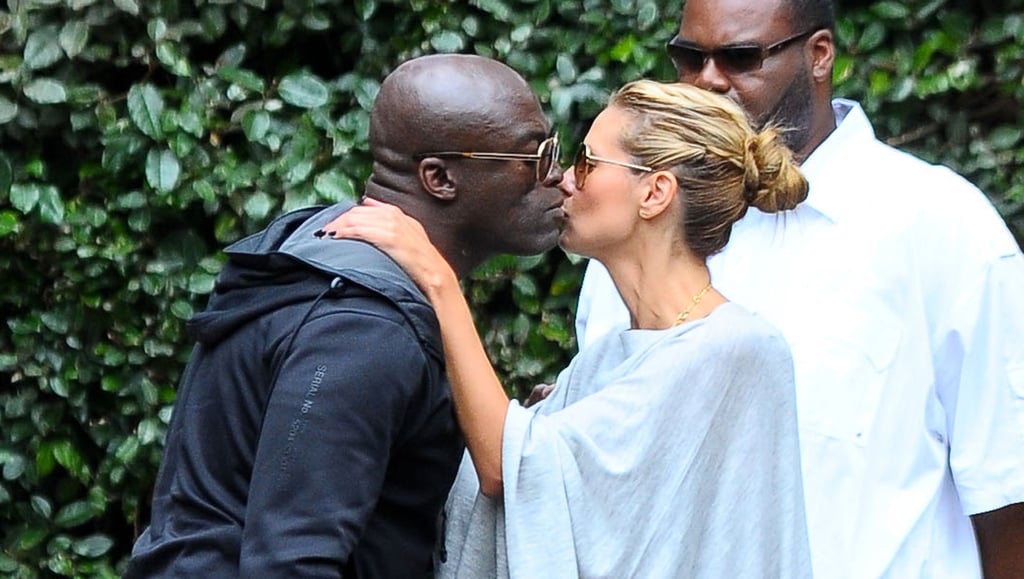 Heidi Klum and Seal showed a united front during a family outing on Saturday. The proud parents and former husband and wife supported their kids — Leni, Henry, Johan, and Lou — from the sidelines as the little ones played soccer in LA's Brentwood neighborhood. At one point, Seal and Heidi even shared a kiss on the lips. Later, Heidi laughed and smiled as she and Seal took photos of their kids together.

The sweet moments come more than two years after Heidi and Seal's divorce was finalized, after which she started dating her bodyguard Martin Kirsten. Heidi and Martin reportedly split in January, and in April, the supermodel mom and her new boyfriend, 27-year-old Vito Schnabel, enjoyed a PDA-filled vacation in Mexico. Keep reading to see Heidi and Seal's friendly snaps!