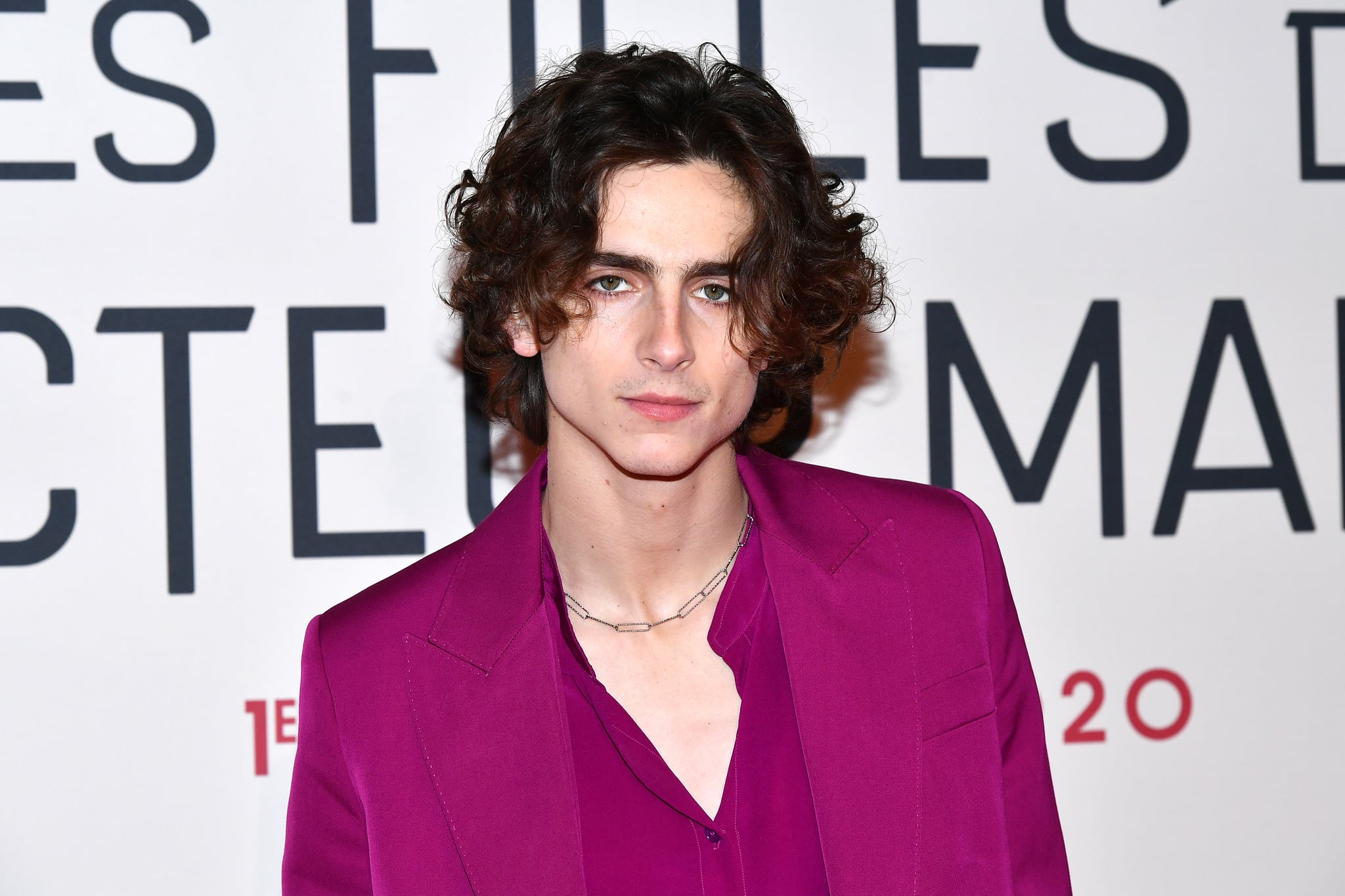 Timothée Chalamet just keeps getting more and more buzz every year. He's starred in huge movies like 2019's Little Women and Call Me by Your Name, which really got everyone talking about him in 2017. But we have some big news for you — you've probably been pronouncing his name wrong all along.

Timothée was born and raised in America, but his father is from France, which explains his unique name. Despite the accent mark, he pronounces his first name how you would imagine — "Timothy." However, he has said in various interviews that's supposed to be "Tim-o-tay," not Timothy. Sounds like he's fine with you saying it either way, though!

The actor's last name is a tad bit trickier. You may have been thinking it's "Shal-met" or even "Chal-met," but it has way more flair. Thankfully, back in 2014, when he was starring in Showtime's Homeland, Timothée was interviewed by Teen Vogue where he offered up a proper pronunciation of his name. Say it with us everyone, it's "Shal-uh-may." Not too hard, right?

According to houseofnames.com, Chalamet is a noble French surname. The name originates from the Lorraine area of France. As for Timothée, the French variation of the English name means "honoring God."

Timothée's parents appear to have given him the best of both worlds when he was growing up. The young actor was born and raised in New York City, but he speaks French fluently. In an interview with Vanity Fair, Timothée revealed he spent his Summers in France when he was growing up. His experience with one of the romance languages paid off when he decided to learn how to speak Italian for Call Me by Your Name.

Now you can confidently talk about Timothée with everyone while raving about Little Women or complaining about his tiny mustache that he's working on!

Tyler the Creator
Tyler, the Creator's Stunning AMAs Performance Took Us to a Rap Winter Wonderland
by Njera Perkins 3 days ago

Jay Z
JAY-Z Continues to Win For Hip-Hop as the Most Grammy-Nominated Artist in History!
by Naledi Ushe 3 days ago