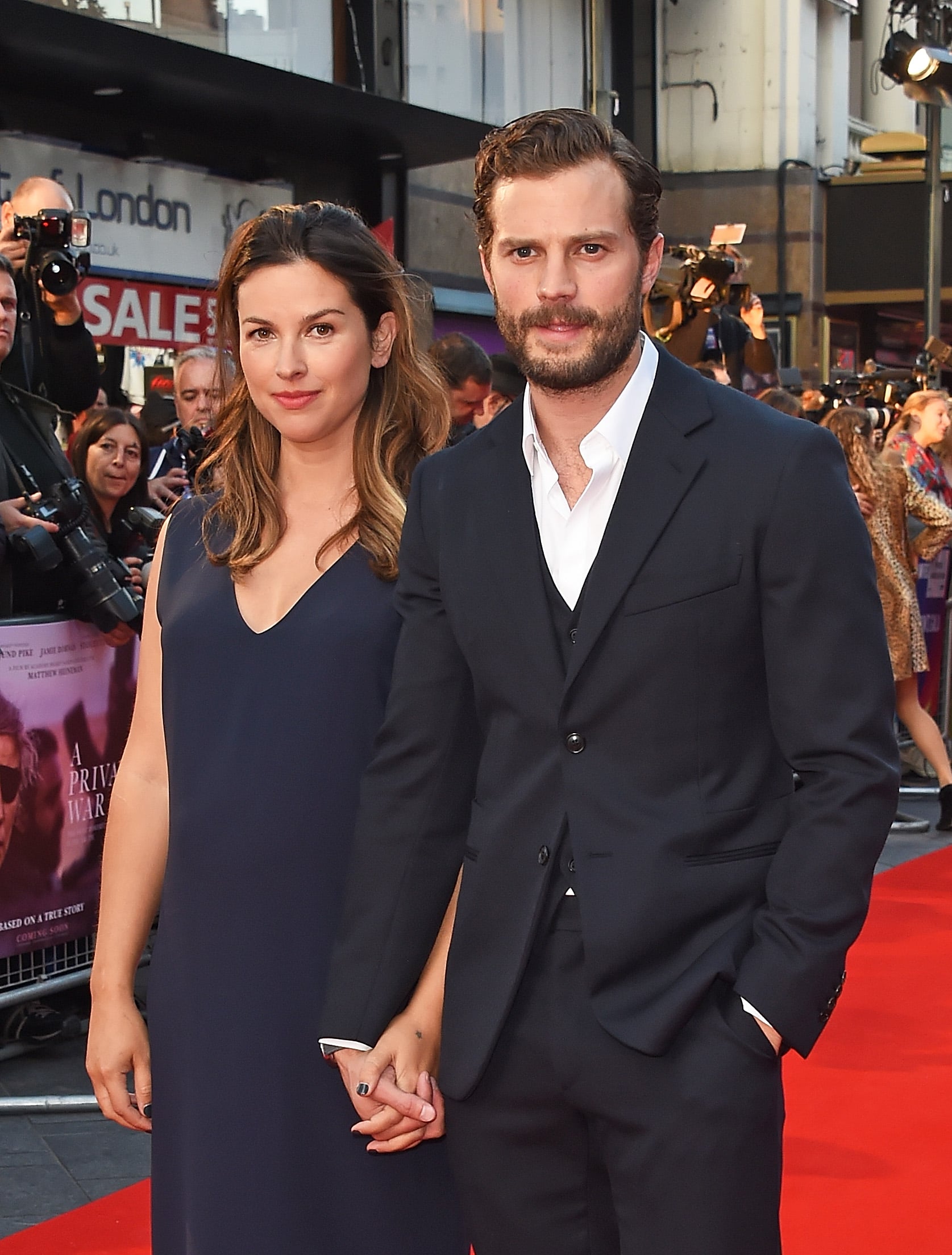 Congratulations are in order for Jamie Dornan and Amelia Warner! On March 31, Amelia confirmed on Instagram that she and the 36-year-old Fifty Shades of Grey actor welcomed a baby girl. Although her name and birthdate still remain unclear, the 36-year-old actress seems ecstatic to be a mother to her newborn in addition to her two other daughters, 5-year-old Dulcie and 3-year-old Elva.

Amelia revealed the exciting news the same day the UK celebrates Mother's Day. She posted an adorable photo of three pairs of shoes with the caption, "So proud of these three glorious girls, it's an honour being their mummy..feeling incredibly lucky today #happymothersday." News that Amelia and Jamie — who have been married almost six years — were expecting again first surfaced back in October. We wish Amelia and Jamie's growing family all the best!

Celebrity Couples
Prior to Shailene Woodley, Aaron Rodgers Was Linked to These Women Over the Years
by Monica Sisavat 9 hours ago

Khloe Kardashian
Khloé Kardashian and Tristan Thompson Break Up Again — What Went Wrong This Time?
by Monica Sisavat 13 hours ago