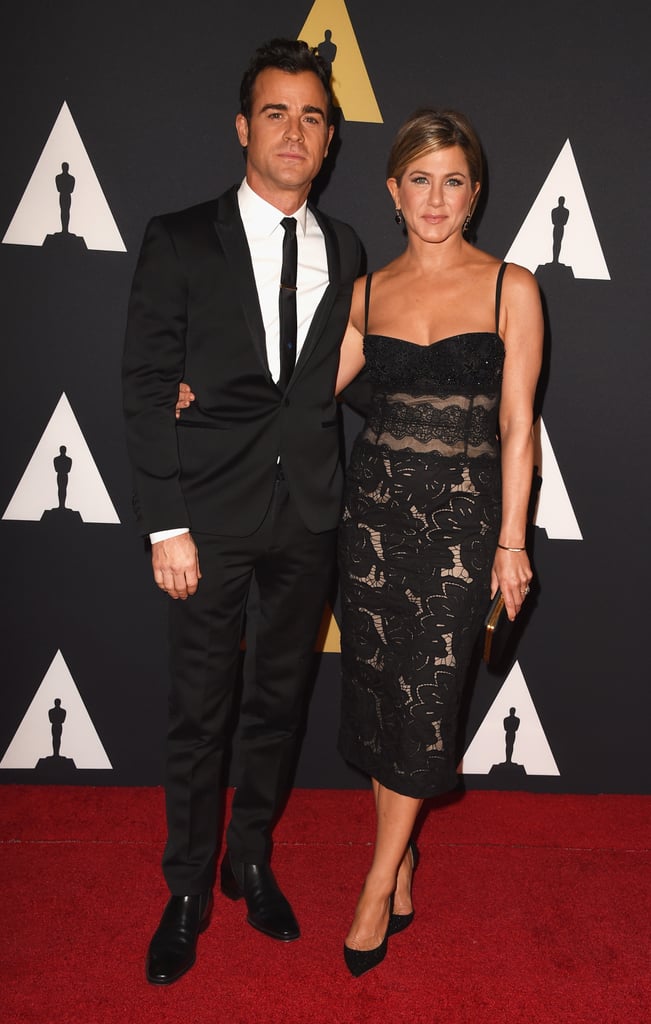 Jennifer Aniston and Justin Theroux got a head start on award season on Saturday night when they attended the 2014 Governors Awards in LA. The award show is Hollywood's day to kick off the Oscar season and is hosted by the Academy of Motion Picture Arts and Sciences. The pair was on hand to honor this year's winners of the Academy Honorary Awards, which include French novelist and screenwriter Jean-Claude Carrière, anime director Hayao Miyazaki, and actress Maureen O'Hara. The academy also celebrated Harry Belafonte, the winner of the Jean Hersholt Humanitarian Award. Keep reading to see more snaps of Jennifer and Justin at the Governors Awards!

Adele
Adele Says She's "Obsessed With" Rich Paul: "I've Never Been in Love Like This"
by Joely Chilcott 12 hours ago