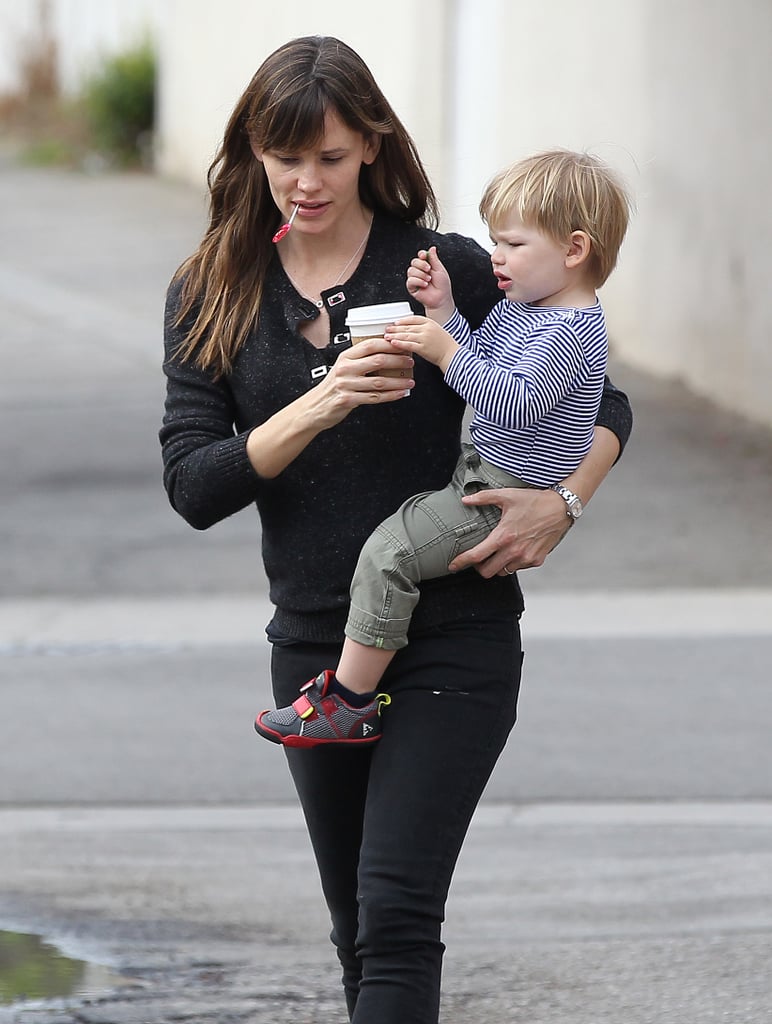 Jennifer Garner Helps Samuel Get His Swing On

Jennifer Garner and her son, Samuel Affleck, spent some sweet quality time together in LA on Friday. Jen held on to her little man, as well as her coffee, as they made their way to a park. Samuel seemed to be having a blast swinging away and running through the grass — these photos are just as cute as the ones of Samuel learning how to feed ducks last month.

Jennifer is enjoying some much-needed downtime between her award season appearances. Most recently, Jen and husband Ben Affleck showed PDA at an afterparty after hitting the SAG Awards red carpet together. She was there to show support for her Dallas Buyers Club costars Matthew McConaughey and Jared Leto as they took home awards for their roles in the drama. Now that the film is nominated for a best picture Academy Award, we're likely to see Jennifer on hand at the Oscars ceremony on March 2.

Samira Wiley
Samira Wiley and Lauren Morelli Welcomed Their First Baby, and Her Name Is My New Favorite
by Alessia Santoro 12 hours ago