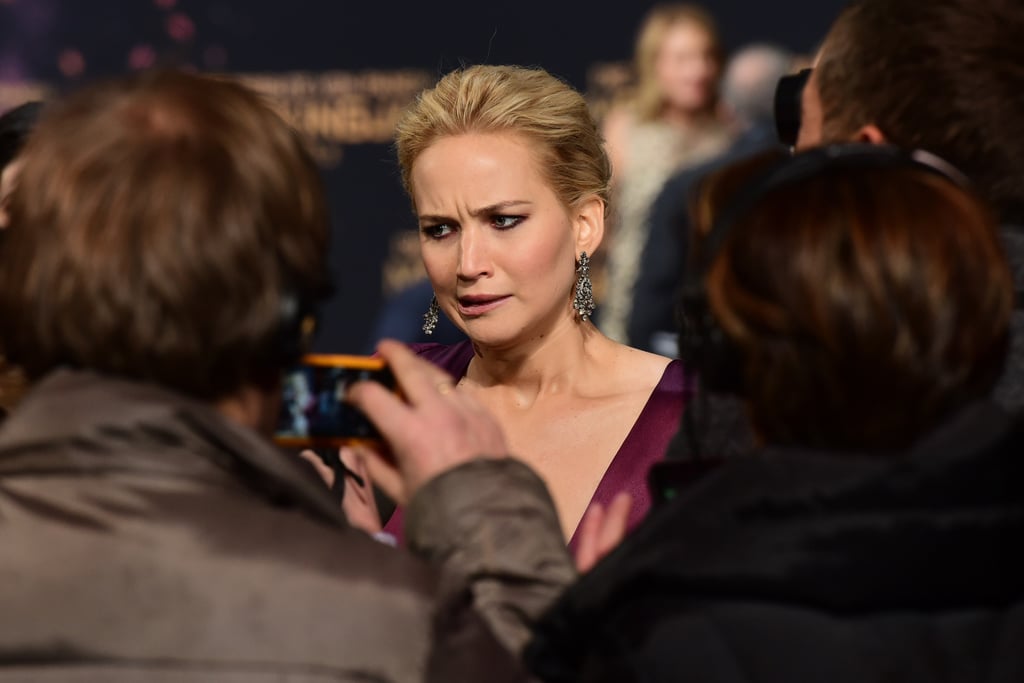 The universal love for Jennifer Lawrence is obviously endless, but you have to admit that it's more intense than ever lately. In this year alone, she lit up the Golden Globes — where she performed a hilarious bit with Amy Schumer — went even more glam at the Oscars, and conducted a new, candid interview with Harper's Bazaar. Considering the fact that she has so many great moments from last year, there should be plenty more fun on the horizon. That's because we know that Jennifer's sense of humor — and all the hilarious faces that come with it — will always shine through. To help prove our point, we've collected (and named) a selection of the star's best faces in recent memory. Find them when you read on, then soak up Jennifer's best candid quotes.