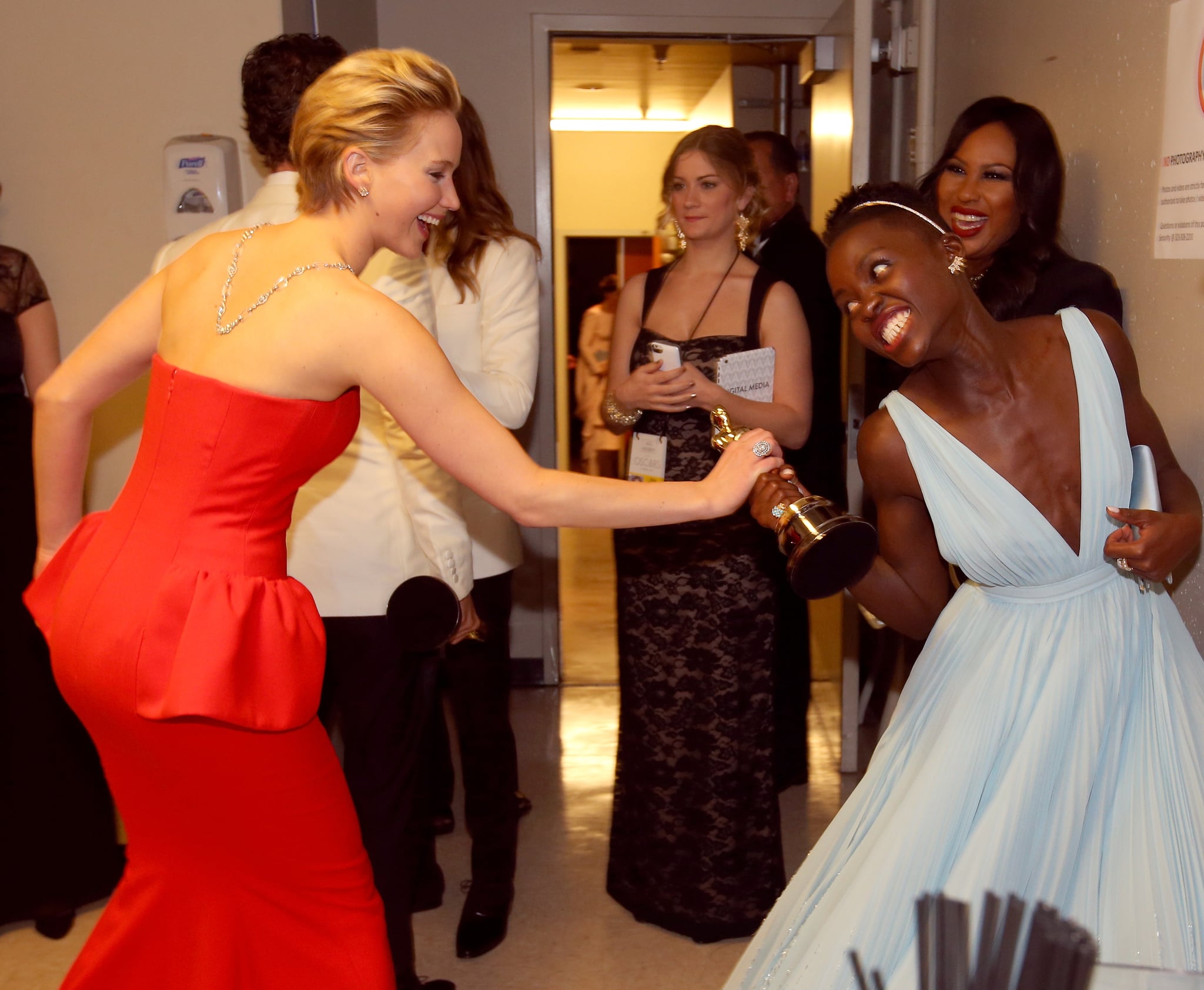 Sorry, Jennifer Lawrence: you'll have to pry Lupita Nyong'o's Oscar from her cold, dead hands. The actresses — who were nominated together in the best supporting actress category at Sunday's Academy Awards — staged an adorable fight over the trophy, which Lupita ended taking home for her performance in 12 Years a Slave. Even though Jennifer lost out on the Oscar, she still had the attention of the audience during most of the show thanks to her usual hilarious antics. Jennifer tripped while getting out of her limo, and host Ellen DeGeneres made sure to talk up the tumble onstage. Congrats to Lupita on her win tonight, and Jen: calm down — you already have one of your own!