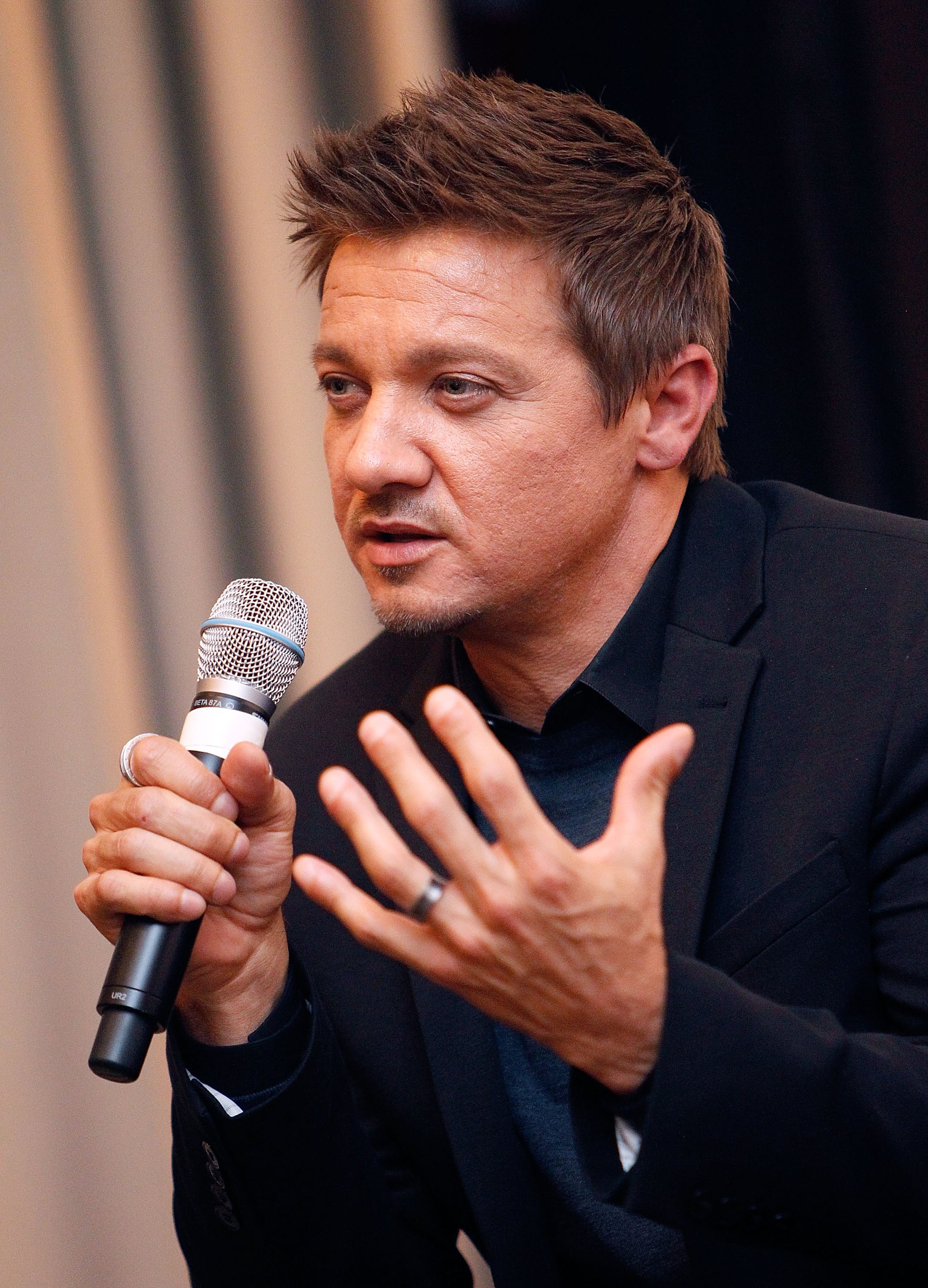 Jeremy Renner is officially off the market! The actor revealed during an interview with Capitol File on Tuesday that he has secretly married his girlfriend, Sonni Pacheco. (Jeremy also flashed his wedding ring during the event, which you can see above.) He let the news slip when he talked about how he has tried to protect his "wife's privacy" in the press. When asked point blank if he was married, the actor said "Yes." He went on to explain why he had kept the news a secret, saying, "It's annoying being followed when I'm with my family. It's not just me — everyone [in Hollywood] has to deal with that. I've been talked about a whole lot, because the less I put out there, the less people know, and it makes it interesting, I assume." Jeremy also talked about the couple's 17-month-old daughter, Ava Berlin, saying that he really loves being a father and that he spends most of his time thinking, "How do I get to my baby?" He also gave an early warning to Ava's future suitors, saying, "As a father, I'm going to make it very difficult for her to find a man."

Celebrity Instagrams
Tara Davis and Hunter Woodhall Are Engaged, and Their Smiles Shine Just as Bright as Her Ring
by Chanel Vargas 17 hours ago