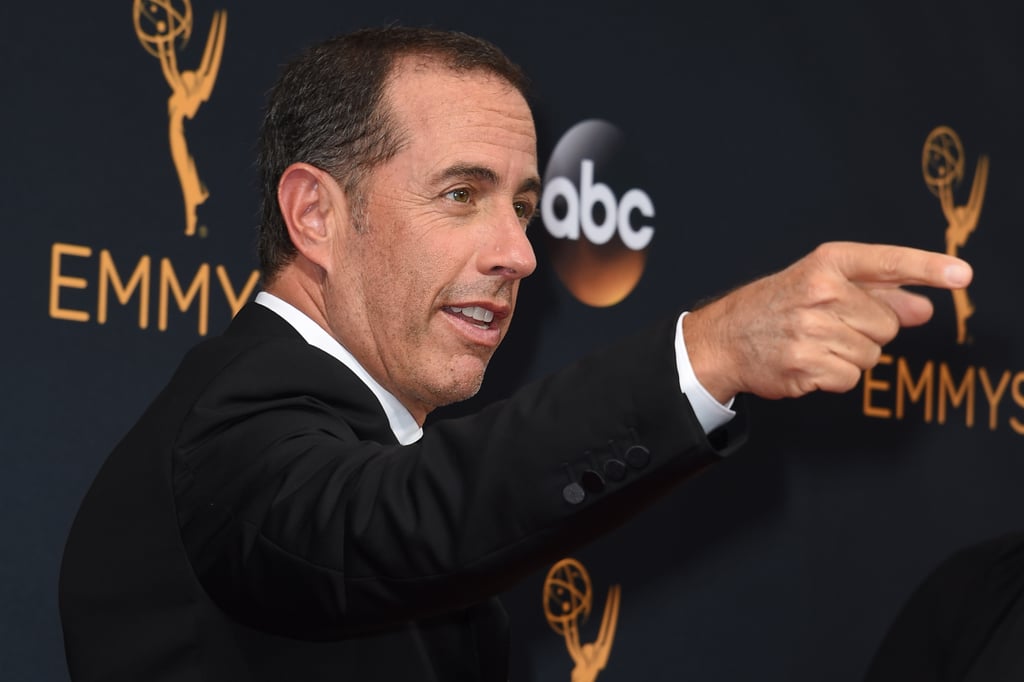 Jerry Seinfeld is stirring up quite the polarized conversation in his first Emmys appearance since 1998. While on the red carpet, Jerry stopped to talk to E!'s Giuliana Rancic . . . and things got weird. After Giuliana asked Jerry about the reason behind his first Emmys appearance in 18 years, Jerry said, "I don't know! I don't know why I'm here." The most cringeworthy moment, however, came when Giuliana asked Jerry if he catches Seinfeld reruns every now and then. Jerry proceeded to shake his head in seeming confusion and said "no."

The reaction to Jerry and Giuliana's awkward encounter has been divided on Twitter. While many are commenting that Jerry came across as condescending, other people are noting it was actually unsurprising given his famously dry sense of humor. Keep reading for some moments from the interview, as well as reactions from Twitter.