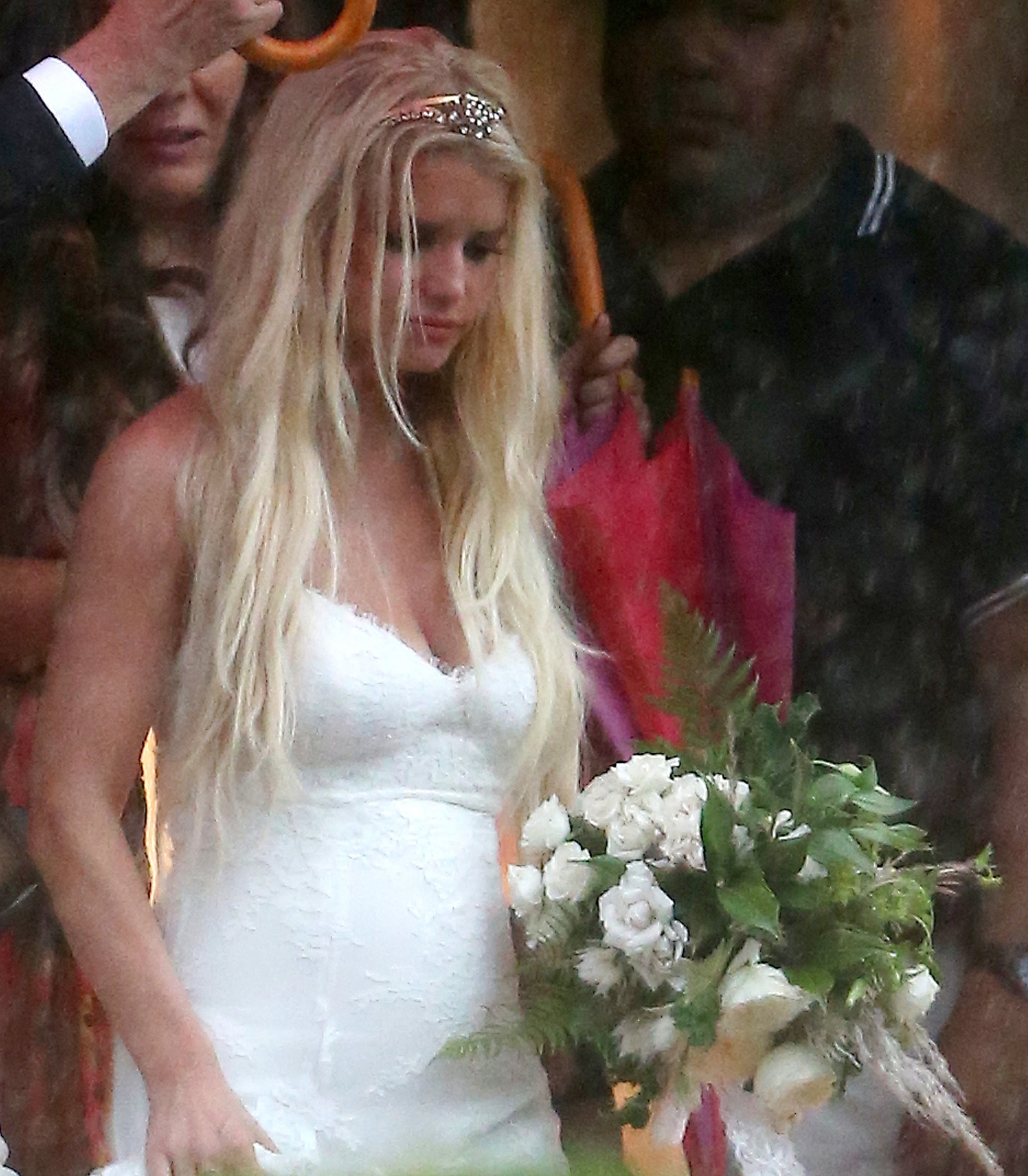 Jessica Simpson served as her sister Ashlee Simpson's matron of honor in her bohemian-themed wedding to Evan Ross over the weekend, marking one of several times the multitalented mogul has taken a trip down the aisle as a bridesmaid. In the past decade, she's been involved in weddings for many of her pals, including CaCee Cobb's nuptials in 2012 and her friend and publicist Lauren Auslander's bash last year. While Jess isn't always a bridesmaid — she wed Nick Lachey in 2002 and tied the knot with Eric Johnson in July — she does have a history of hitting the altar on behalf of her best friends. Keep reading to see Jessica's roster of supporting her girlfriends on their big day, and then check out more celebrity weddings and tons of wedding inspiration! 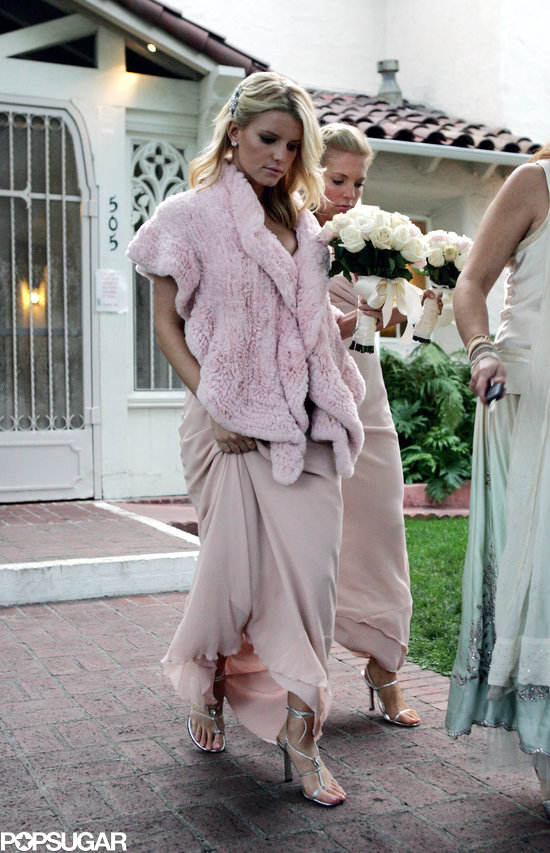 In 2004, Jessica looked glamorous in pink at a big Beverly Hills wedding. 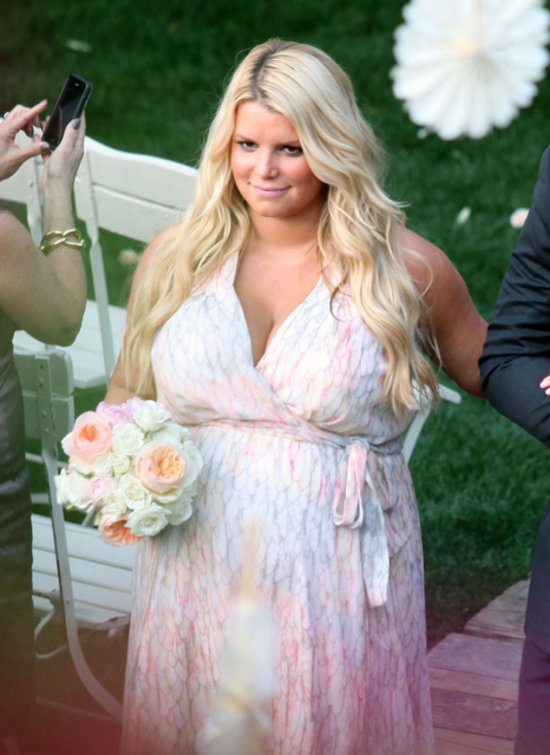 In March 2012, a pregnant Jess (along with her sister, Ashlee) served as a bridesmaid in a friend's Palm Springs, CA, wedding. 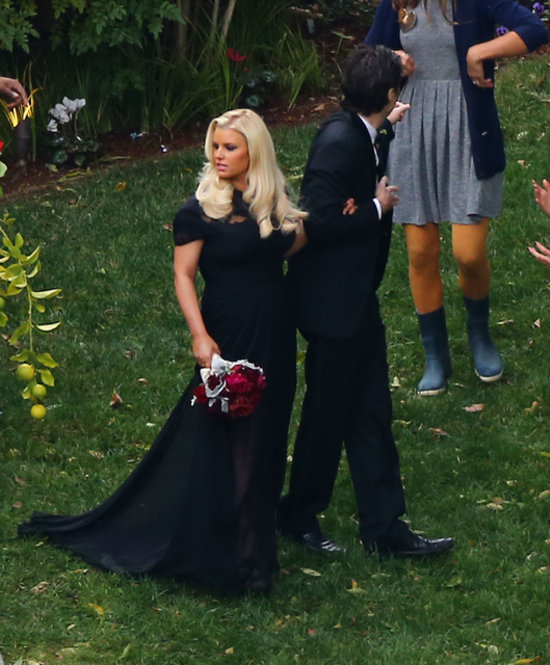 There was no way Jessica was going to miss her best friend CaCee Cobb's LA wedding to Donald Faison in December 2012. She donned a black dress and gorgeous waves while walking down the aisle with best man Zach Braff. 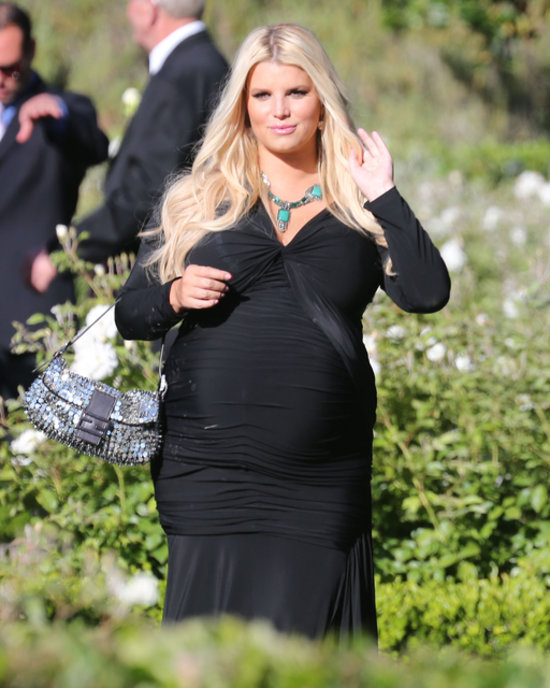 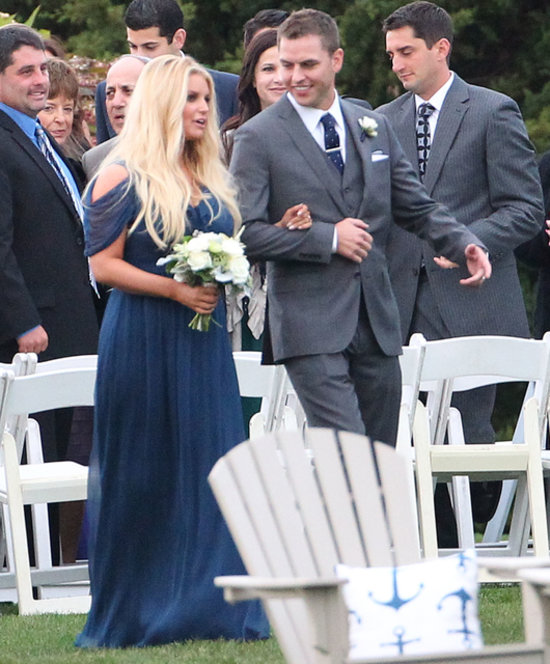 Jessica reported for bridesmaid duty for Lauren Auslander's wedding in Newport, RI. In October 2013, she sported a beautiful blue gown for the ceremony and even shared photos of the fun on Twitter.

Perhaps Jessica's least surprising trip down the aisle: when she served as her sister Ashlee's matron of honor at the younger Simpson's nuptials with Evan Ross during Labor Day weekend in 2014. Jessica donned a white gown this time around. Even though it rained, Jessica delivered for her sister.

Issa Rae
Issa Rae and Louis Diame's Wedding in the South of France Was So Stunning, We're Taking Notes
by Haley Lyndes 6 days ago