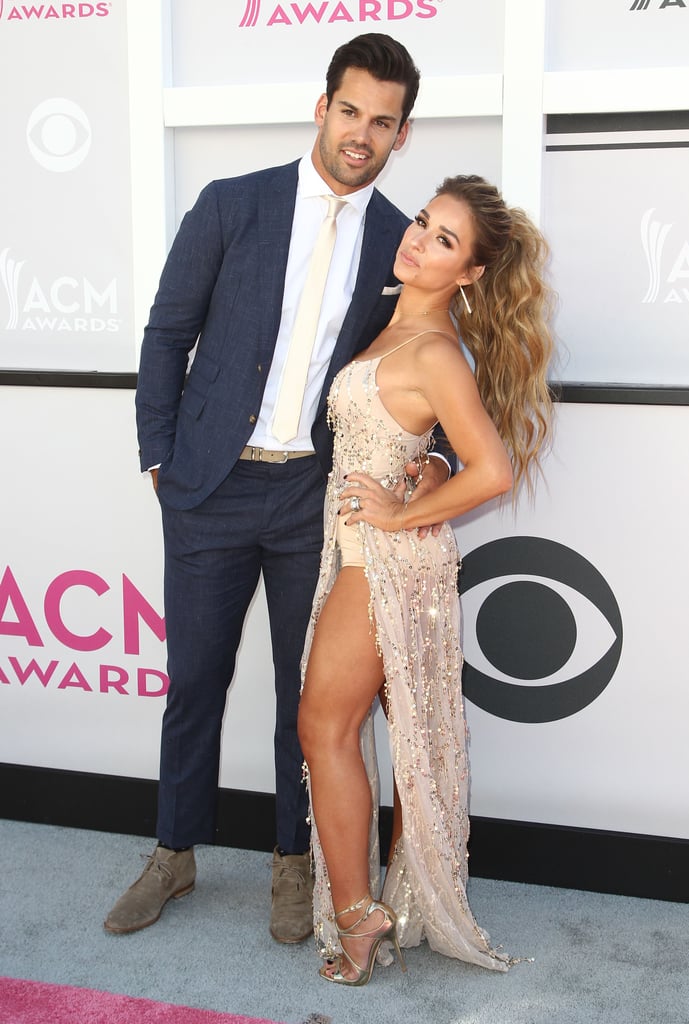 Jessie James Decker and her husband, Eric, nearly set the red carpet on fire when they arrived at the ACM Awards in Las Vegas on Sunday. The couple — who will be celebrating their fourth wedding anniversary in June — dressed to the nines and stayed close as they posed for photographers. The Gold singer isn't up for any awards this year, but she's been making the most of her time in Vegas. On Saturday, Jessie checked out Britney Spears's show with a bunch of her friends and shared photos from the fun on Instagram. "Great show @britneyspears !!!!" she captioned one of the snaps.

Celebrity News
Adam Rippon and Jussi-Pekka Kajaala Secretly Got Married: "It Was Perfect"
by Monica Sisavat 17 hours ago