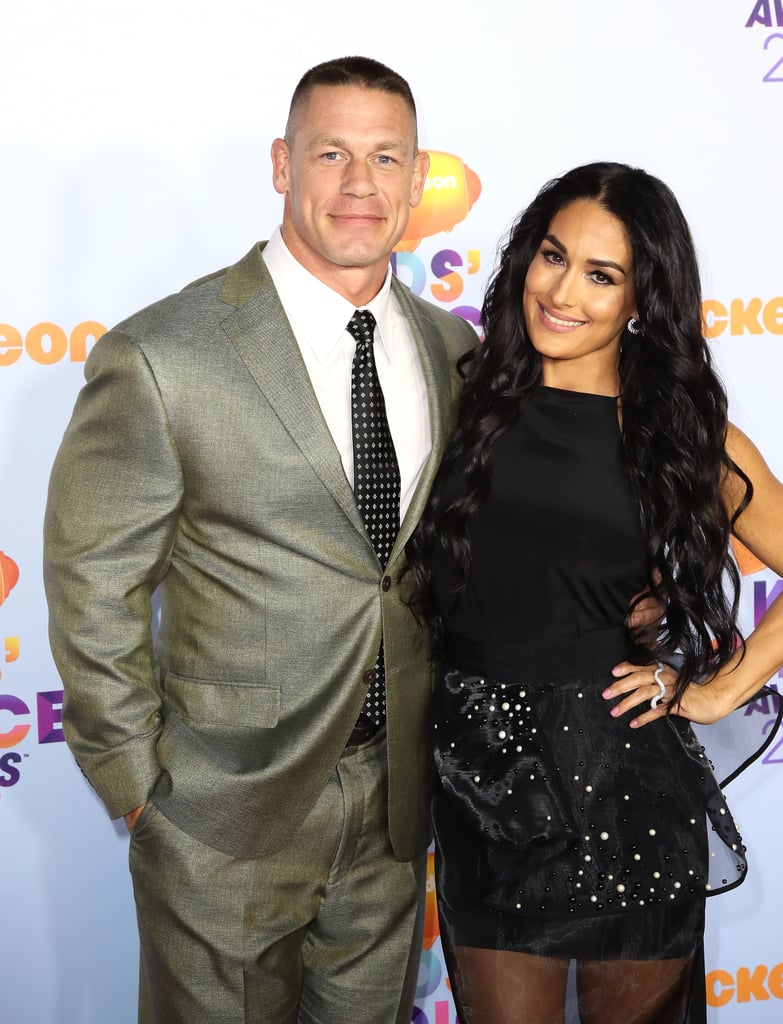 John Cena and girlfriend Nikki Bella looked incredible when they attended the Kids' Choice Awards in LA on Saturday. The couple, who has been going strong since 2012, was all smiles as they made their way down the orange carpet. In addition to John hosting the Nickelodeon show, Nikki is serving as Extra's special correspondent. Talk about a power couple!

We caught up with John over the phone in January, and he revealed exactly how his friendship with Nikki turned into romance. "I was brave enough to be like, 'Hey, would you like to go to dinner with me tonight?' and she said, 'Yes.' I was overjoyed." John also admitted that "the day she said 'yes' when I asked her out on a date" was the moment he knew everything between them was about to change.