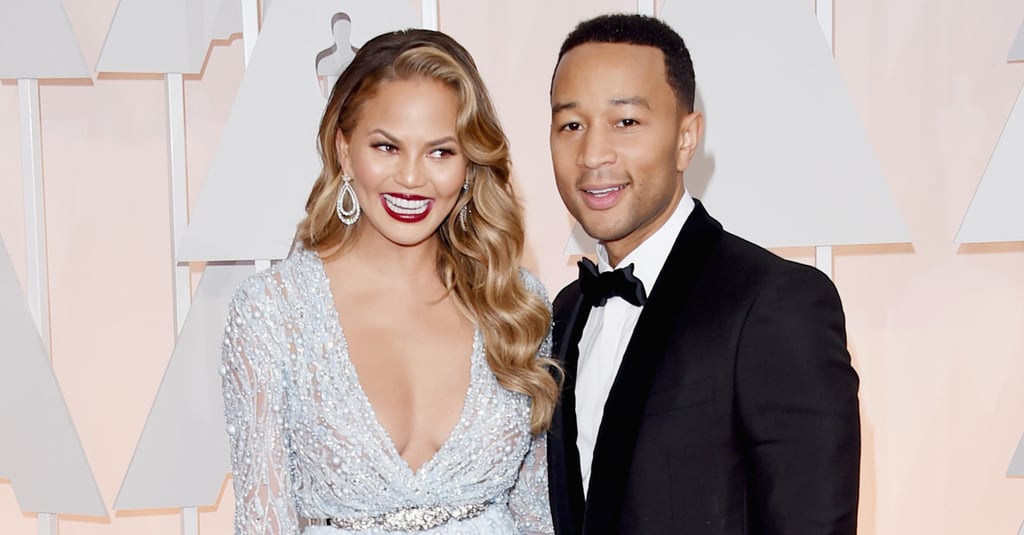 John Legend and Common picked up the award for best original song for "Glory," which was featured in the best picture-nominated movie Selma, at the Oscars on Sunday night in LA. The duo have been racking up the honors all award season, including at the Golden Globes, where they made headlines for more than just their win. John's wife, Chrissy Teigen, was so emotional after their name was announced that her hilarious cry face immediately went viral.

On Sunday, in the Oscars press room, John revealed that Chrissy was "so happy" she was crying once again but joked that this time "she tried not to do it on camera so you all didn't get it like you did last time." He added that they plan to celebrate in a big way saying, "we're going to have a great time," and shared a few sweet words about his wife: "Well she absolutely inspires me. My biggest hit song is "All of Me" and of course that was about us and about our love and what it means to be in love unconditionally. And so she always inspires me."