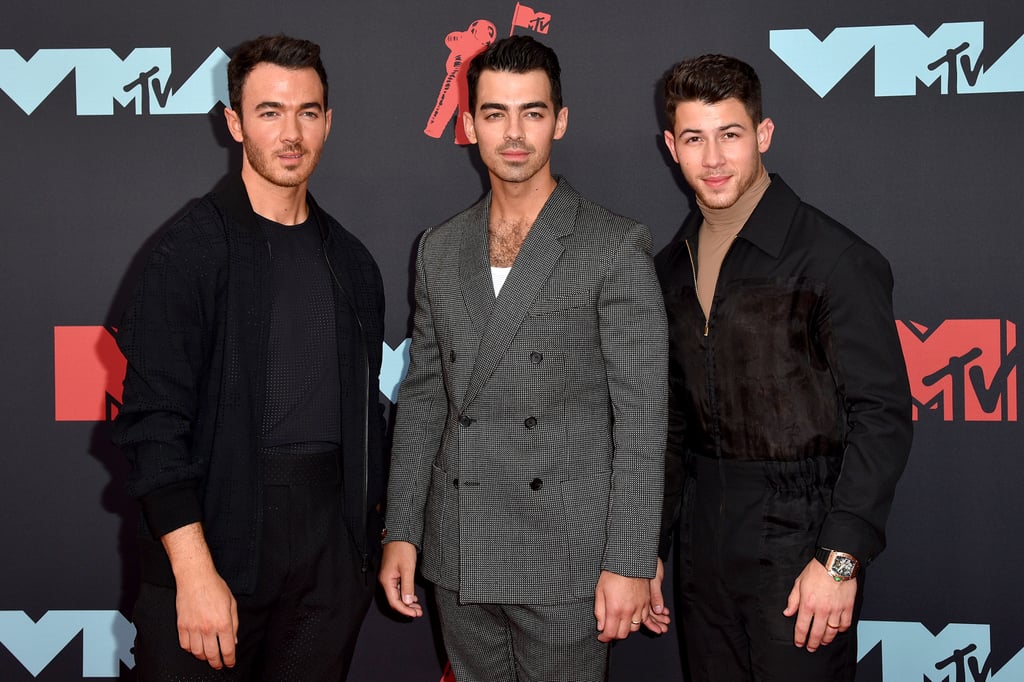 It's been a hot minute since the Jonas Brothers attended the MTV VMAs together, but they made their big return to the show on Monday. Kevin, Joe, and Nick looked dashing in color-coordinated suits as they attended the ceremony in their home state of New Jersey with their wives Danielle Jonas and Sophie Turner. Sadly, Priyanka Chopra was not in attendance. To mark their special night, the Jonas Brothers hit up The Stone Pony for an energetic performance of "Sucker" and "Only Human."

In addition to taking the stage, the Jonas Brothers won their first ever award for best pop for "Sucker." The last time the Jonas Brothers attended the ceremony was all the way back in 2008 when they gave a show-stopping performance of "Lovebug." Even though a lot has changed since then, they're still making us swoon a decade later.

Teyana Taylor
Is It Just Me, or Is Teyana Taylor's Billboard Hairstyle a Nod to TLC's "No Scrubs"?
by Ariel Baker 13 hours ago