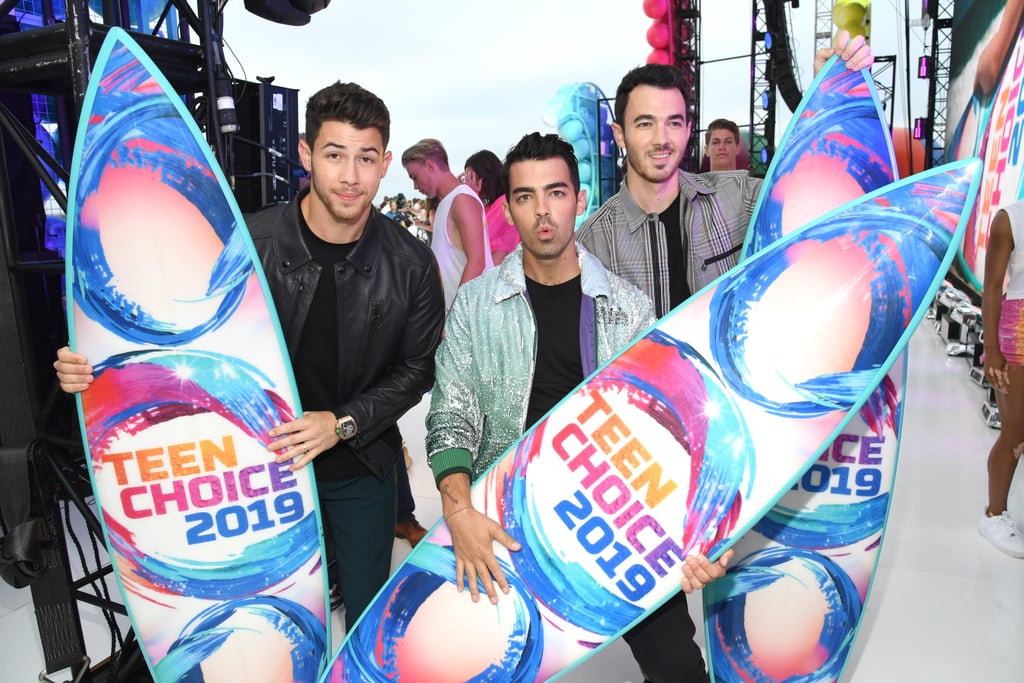 The Jonas Brothers made their big return to the Teen Choice Awards on Sunday. After kicking off their Happiness Begins tour in Miami on Wednesday, Kevin, Joe, and Nick jetted off to LA for the award ceremony, and they looked good.

It sure was a big night for the brothers! Not only did they receive the decade award during the show, but it also marked their first appearance at the Teen Choice Awards in almost six years. The last time they attended together was in August 2013, shortly before the band's dramatic breakup. Can we just say how happy we are that they are officially back together? See more photos from their appearance ahead.