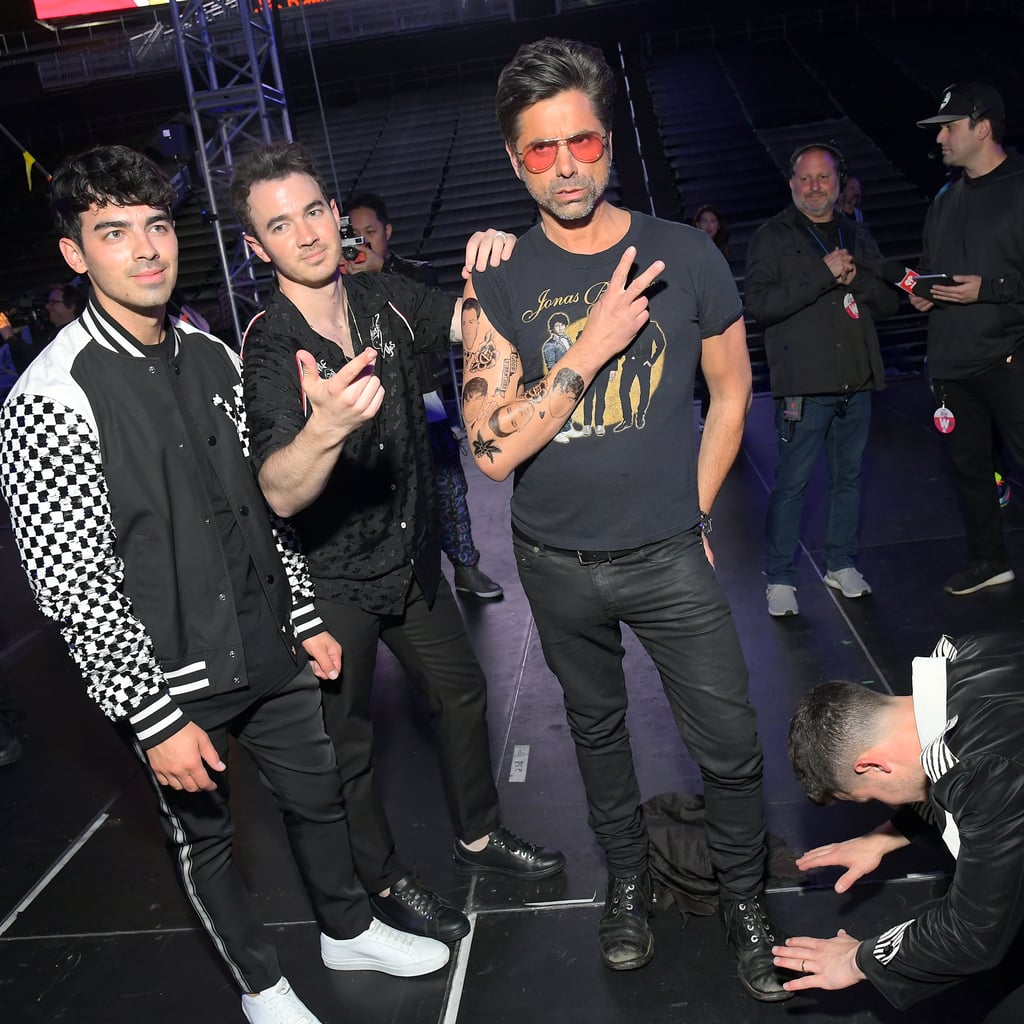 After 11 years, the Jonas Brothers made an epic return to the iHeart Radio Wango Tango stage in Los Angeles on Saturday. Kevin, Joe, and Nick delivered a high-energy set, playing some of ther old tunes, including "Burnin' Up" and "Year 3000," as well as their new singles, "Sucker" and "Cool."

They were among hundreds of screaming fans, but none could compare to one of their biggest supporters: John Stamos. Yep, the Full House actor showed up to support the trio, which we totally should have expected. He's been a big fan of the group for quite some time now and has even found himself in a friendly game of social media trolling with Nick.

Naturally, he rocked a vintage Jo Bros shirt at the concert and posed for a few pictures with the brotherly band mates. One snapshot shows Nick hilariously bowing down to John as the actor holds up the peace sign while standing beside Joe and Kevin. In an Instagram post, John even deemed himself "#UncleJonas," referencing his Full House character, Uncle Jesse.

No doubt, the Jonas Brothers put on a great show and made Uncle Jonas proud. Look on to view clips and pictures of their performance!

Related:
The Inspirations Behind Some of the Jonas Brothers' Most Popular Songs
Previous Next Start Slideshow
John StamosMusicJonas Brothers