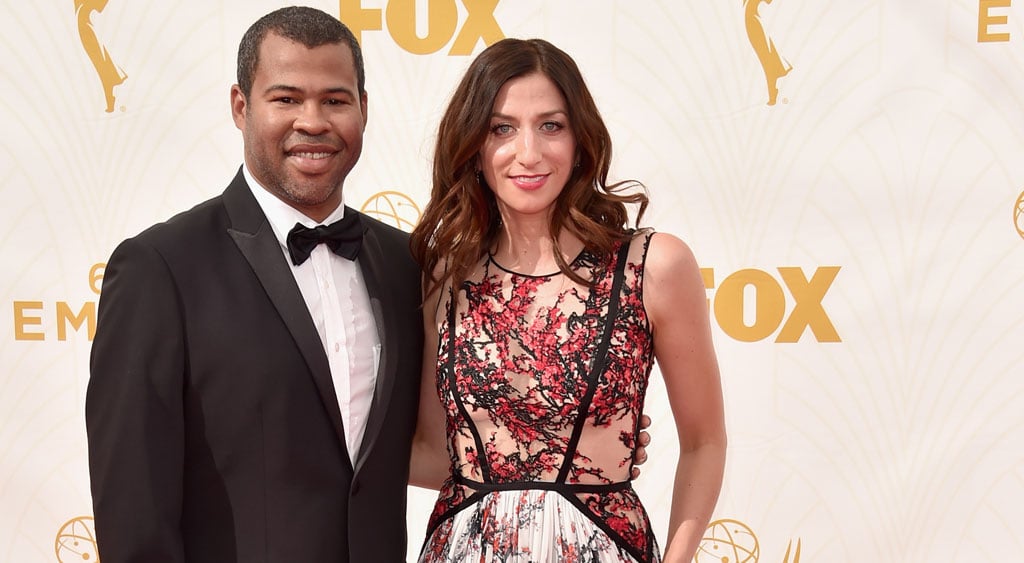 Jordan Peele and Chelsea Peretti announced their engagement via Twitter on Saturday! The comedic couple, who began dating more than two years ago, had an adorable exchange on social media to confirm the news. "My fiancé (lololol) @JordanPeele proposed to me last night during the family talent show lolol," Chelsea tweeted. Jordan responded with a simple diamond ring emoji next to Chelsea's Twitter handle. The actress, who stars in Brooklyn Nine-Nine, also got a funny shout-out from her hit show. After its Twitter account congratulated the couple, Chelsea wrote, "THANK U TELEVISION SHOW TWITTER ACCOUNT!" See the funny tweets below, and then check out these massive celebrity engagement rings.