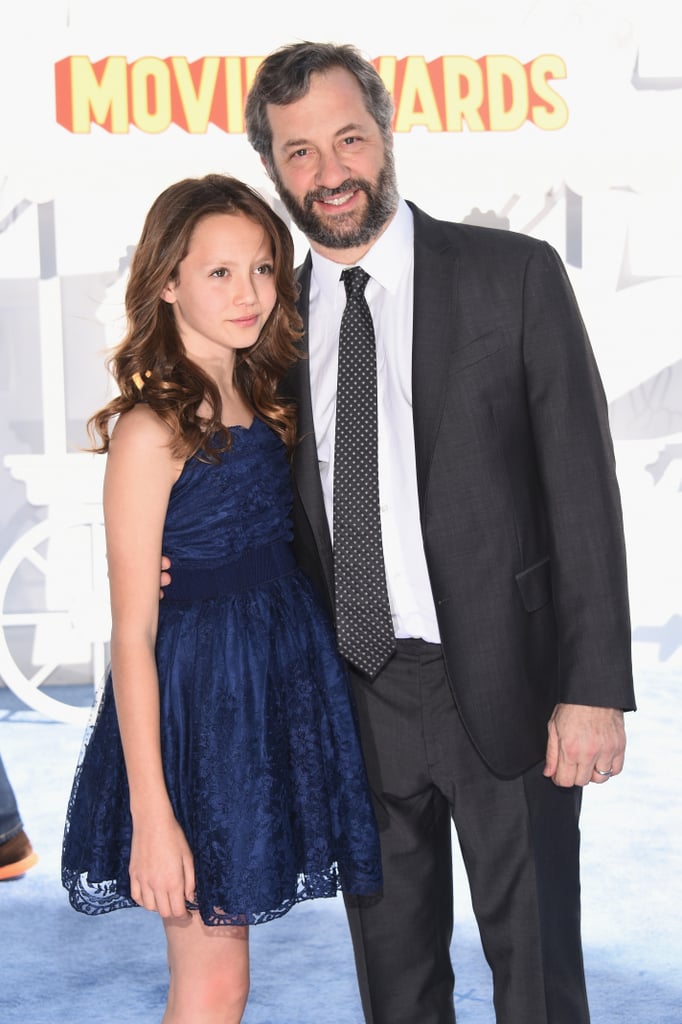 Judd Apatow hit the red carpet for the MTV Movie Awards on Sunday with an unexpected date — his 12-year-old daughter, Iris! The preteen looked beautiful as she posed for photos with her dad, and we couldn't help but notice how much she's beginning to resemble her famous mom, Leslie Mann. You might remember Iris acting alongside her older sister, Maude, in three of her father's movies; the girls have added their own adorable brand of comedy to Knocked Up, Funny People, and This Is 40, in which they played the daughters of their real-life mom and Paul Rudd. The MTV event isn't the first big award show that Judd has taken Iris to this weekend, as she also accompanied him to the TV Land Awards on Saturday night, where Judd was honored for his work on the short-lived sitcom Freaks & Geeks. Keep reading to see Iris as a little girl in her movie roles, as well as the stunning photos of her looking all grown up on the red carpet with her dad.

Baby Names
Shawn Johnson *Finally* Shared Her Baby Boy's Name, and It's a Trendy One!
by Alessia Santoro 2 days ago