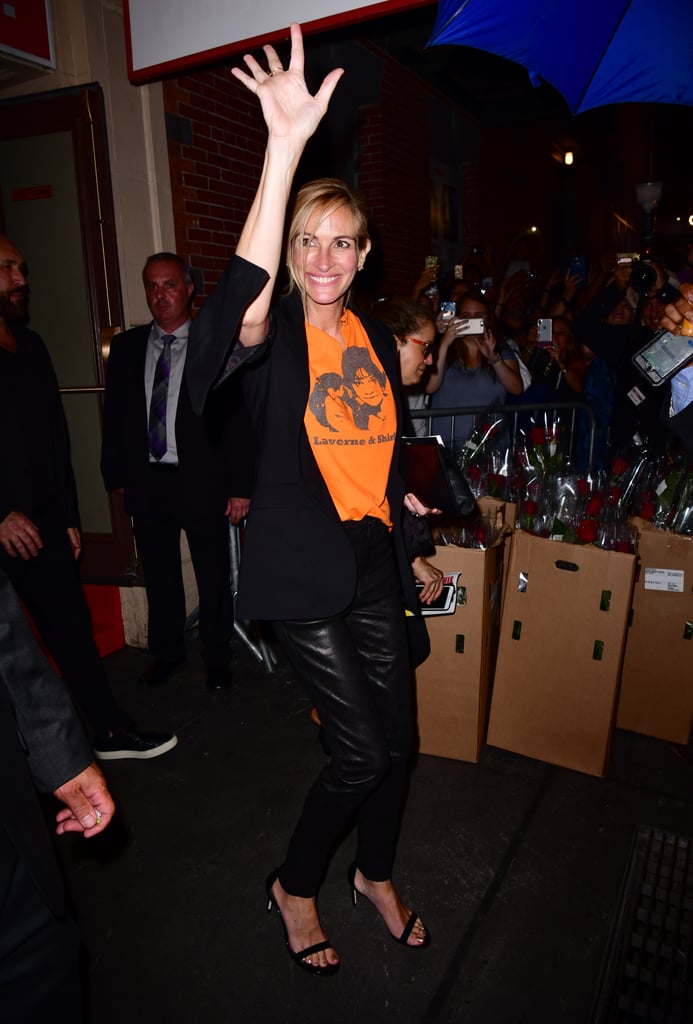 Julia Roberts attended a special performance of Broadway's Pretty Woman: The Musical in NYC on Thursday night, and it brought back so many memories. Not only did Julia hit the red carpet with the late Garry Marshall's wife, Barbara, but Julia wore an orange Laverne & Shirley T-shirt in honor of the late director (Garry cocreated the '70s show). "Julia was super sweet to the cast backstage, and so so approachable and warm," a source told People. "Usually backstage meet and greets are quick, but Julia spent extensive time chatting with everyone and complimenting their performances." One of Julia's most iconic movie roles was in 1990's Pretty Woman as Vivian Ward with Richard Gere. Wow, Julia has come a long way since then.

Related:
13 Photos of BFFs George Clooney and Julia Roberts That'll Make You Want in on the Joke
Previous Next Start Slideshow
Julia RobertsNostalgiaRed CarpetPretty Woman
Around The Web

Celebrity Instagrams
That's My Best Friend: Saweetie's Pink Tie-Dye Sweatsuit Can Be Yours For $154
by Chris Roney 1 hour ago

Nostalgia
I Rewatched These 6 Disney Movies as an Adult, and I Have Questions
by Grayson Gilcrease 2 days ago