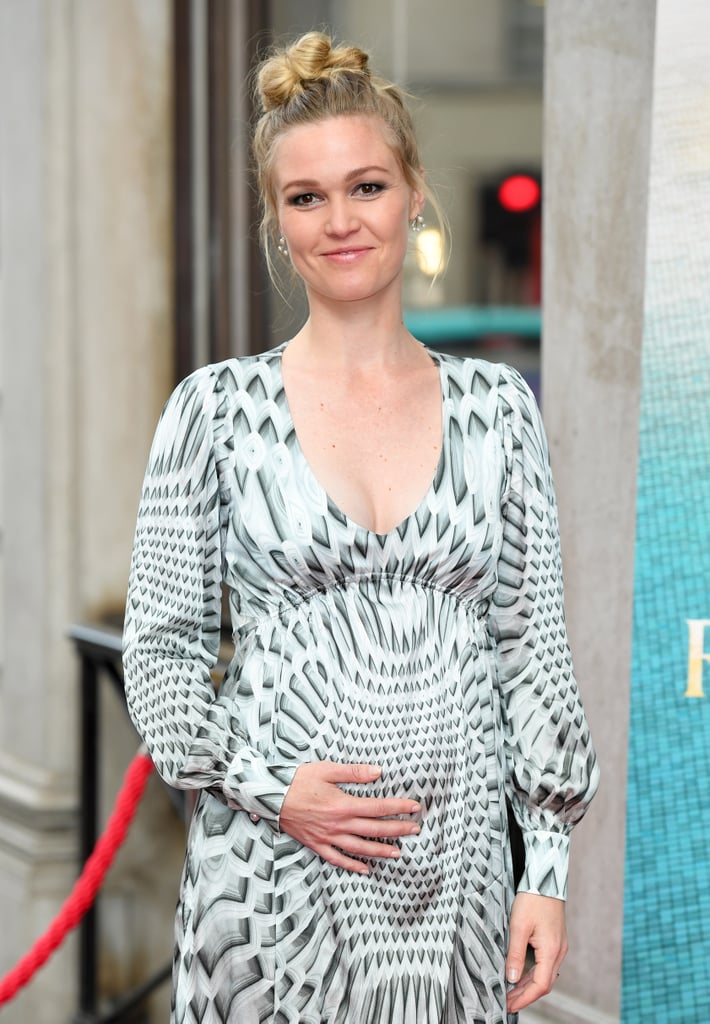 Julia Stiles is going to be a mom! The actress and fiancé Preston J. Cook are expecting their first child together, her rep confirmed to People on Monday. Shortly after the news broke, Julia debuted her baby bump while promoting her new series, Riviera, in London. The mom-to-be stopped by Magic FM radio and cradled her growing belly while posing for a photo with radio host Nick Snaith. The following day, Julia was glowing when she attended the Riviera launch event with director Adrian Lester. Julia and Preston first met on the set of 2015's Go With Me, where Preston worked as a camera assistant, and the two got engaged later that year on Christmas Eve. Congrats to the pair!

Related:
2017 Is Extra Exciting For These Pregnant Stars
Previous Next Start Slideshow
Julia StilesCelebrity Pregnancies
Around The Web

Gal Gadot
Gal Gadot Is Pregnant With Her Third Child: "Here We Go Again"
by Monica Sisavat 3 days ago
Emma Stone
Emma Stone and Dave McCary Were Spotted in LA as They Gear Up For Parenthood
by Karenna Meredith 5 days ago

Celebrity Instagrams
Victoria Monét Gave Birth to a Baby Girl With Model John Gaines: "Welcome to the World"
by Yerin Kim 6 days ago