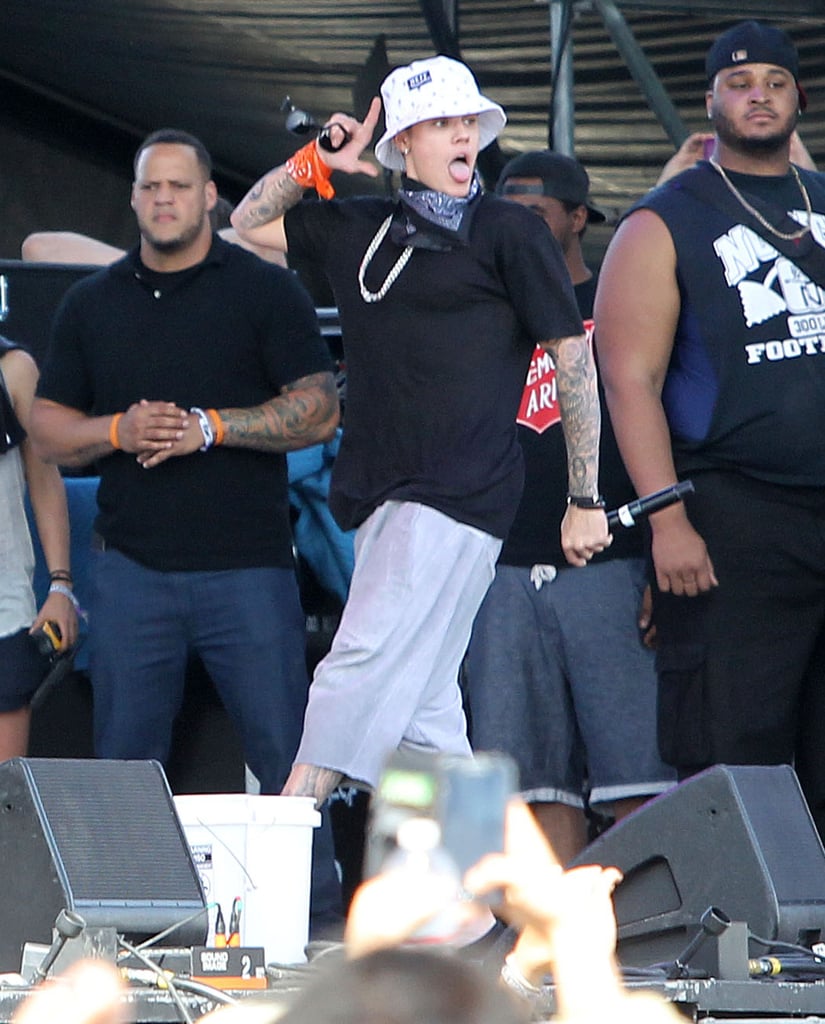 Justin Bieber made a surprising appearance at Coachella on Sunday when he popped up on stage during the third day of the music festival to perform with Chance the Rapper. Dressed in harem-style sweat shorts, a bucket hat, and donning two bandannas, Justin hopped around the stage while singing his song "Confident," which features Chance. Justin's on-again, off-again girlfriend, Selena Gomez, was also at the music festival, where she hung out with Kendall and Kylie Jenner. It wasn't clear if Selena watched Justin's performance, but he did later tweet that the performance was "fun" after taking the stage.

While Justin has never performed at Coachella before, he has been popping up at more and more music festivals over the past few months. In March, Justin made a surprise visit to SXSW in Austin, TX, where he played an acoustic set alongside Cody Simpson.