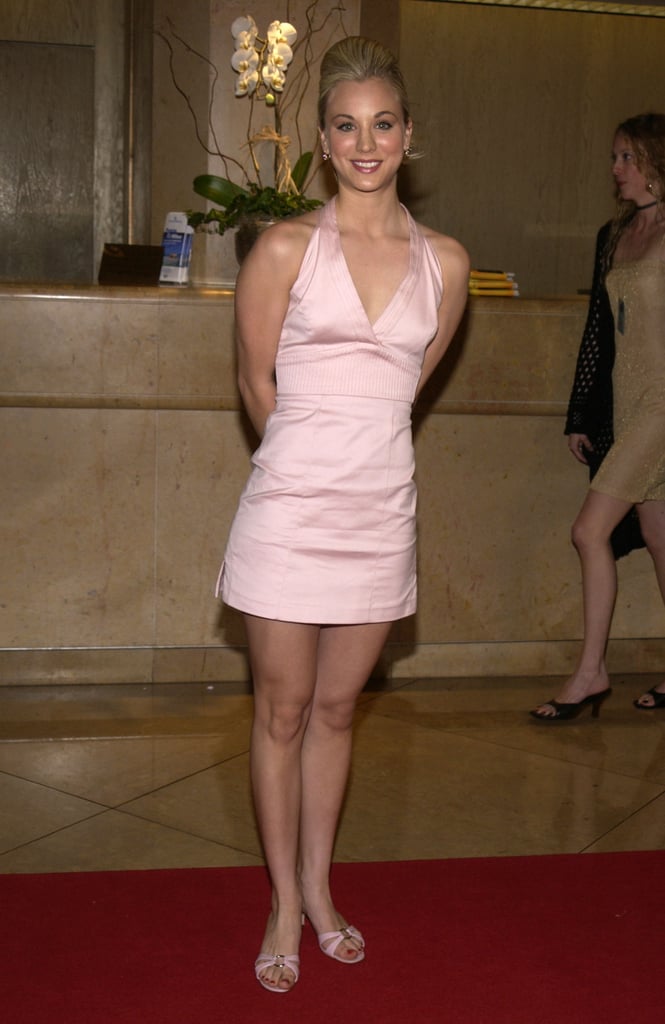 Kaley Cuoco got her big break in 1992's Quicksand: No Escape, but it wasn't until ABC's 8 Simple Rules that the world took notice of the funny star. Since then she's made quite a name for herself with gorgeous red carpet appearances and her hilarious zingers on CBS's hit series, The Big Bang Theory. Given that Kaley is only 30 years old, the actress is just getting started. We're paying homage by looking back at her Hollywood evolution, so keep reading to watch her change before your eyes, and then check out Kaley's hottest moments.

Red Carpet
Meghan Markle Returns to the Red Carpet in an Off-Shoulder, High-Slit Dress
by Yerin Kim 8 hours ago