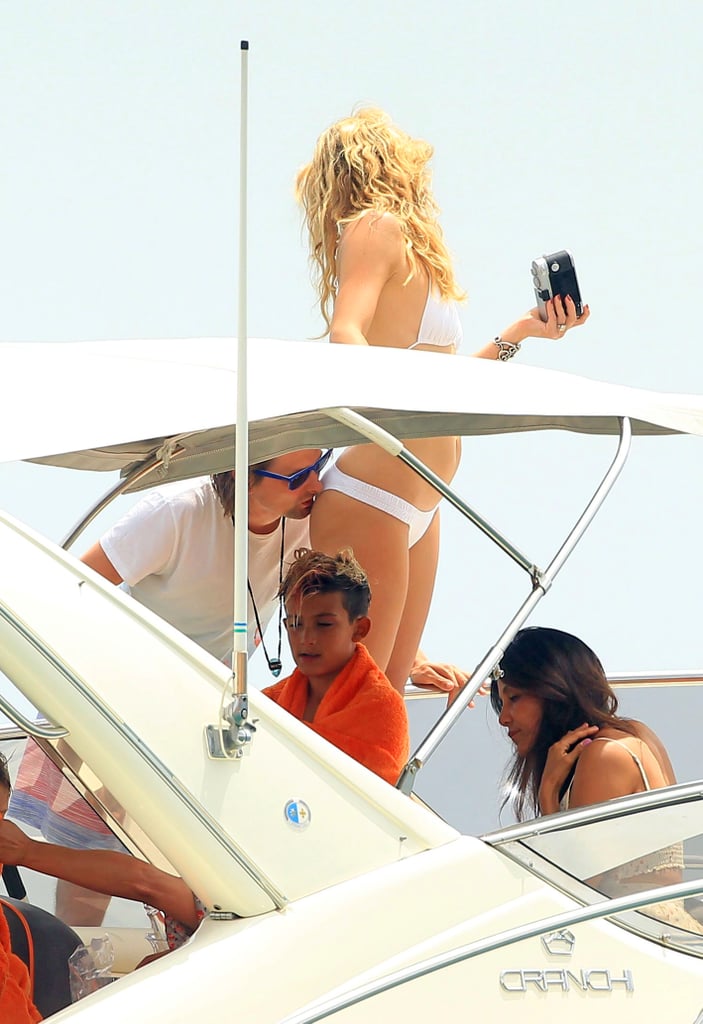 Kate Hudson has been scoring plenty of rays off the coast of Spain this week. Donning a strapless leopard-print bikini, the actress radiated sex appeal while taking a dip at a beach in Ibiza on Thursday. Kate made yet another stunning appearance on Saturday, when she slipped into a tiny white top and tie-dye skirt for a yacht day with Matthew Bellamy and pals. Later, she frolicked around the deck before lying down and chatting with Matthew.

Kate recently opened up about two of her ex-boyfriends, Alex Rodriguez and Lance Armstrong, in an interview with InStyle magazine but has been coy about her relationship with Matthew. In May, she said they hope to get married "sooner rather than later!" Keep reading to see Kate's latest pictures, and if you can't get enough of the hot beach moments, check out the ultimate celebrity bikini gallery.