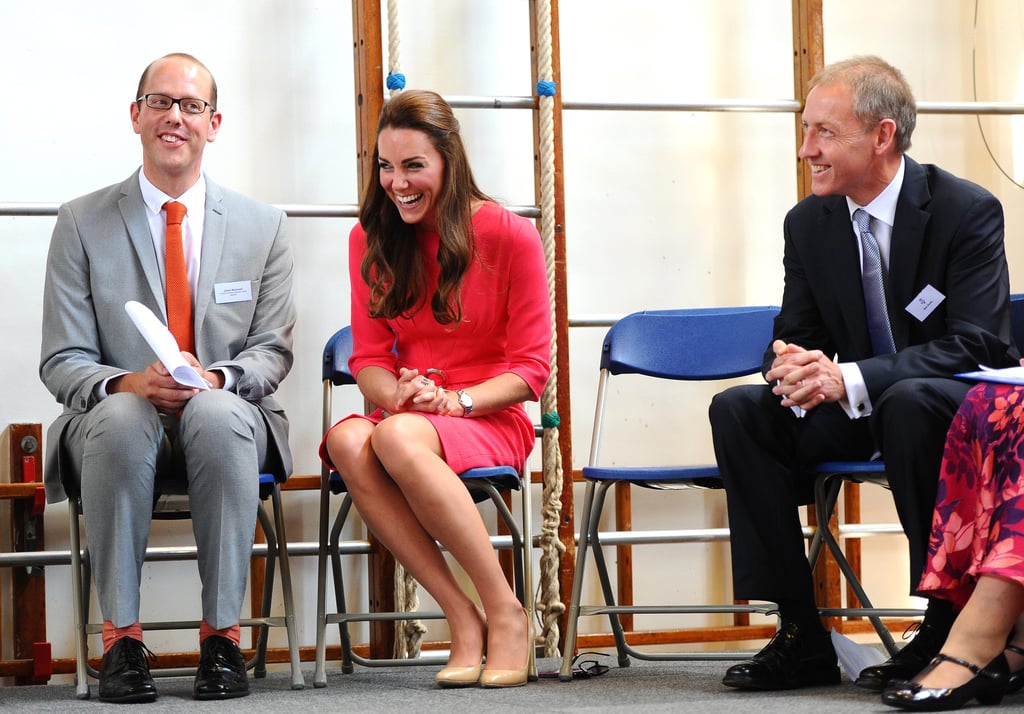 All eyes were on Kate Middleton on Tuesday when she visited the M-PACT Plus program for the Place2Be charity at the Blessed Sacrament School in London. The Duchess of Cambridge wore a made Kate laugh by asking members of the press to focus on the issue of the charity and not the style icon in the room — or the duchess.

Kate has a busy week ahead of her, as she will join Prince William and Prince Harry — who is now back in England after his trip to South America — to attend the Tour de France Grand Depart in Yorkshire, England, on Saturday. Kate's family has been hard at work as well, with her sister Pippa Middleton giving her first-ever TV interview to Today this week. On Tuesday, she revealed that while Kate has taken on a lot of "pressures" as William's wife, the family still spends a lot of time together and that the two have a "very normal sisterly relationship." Pippa also revealed that George is "very funny" and that he bring a lot of "joy" to the whole Middleton family.

Previous Next Start Slideshow
The RoyalsKate Middleton
Around The Web