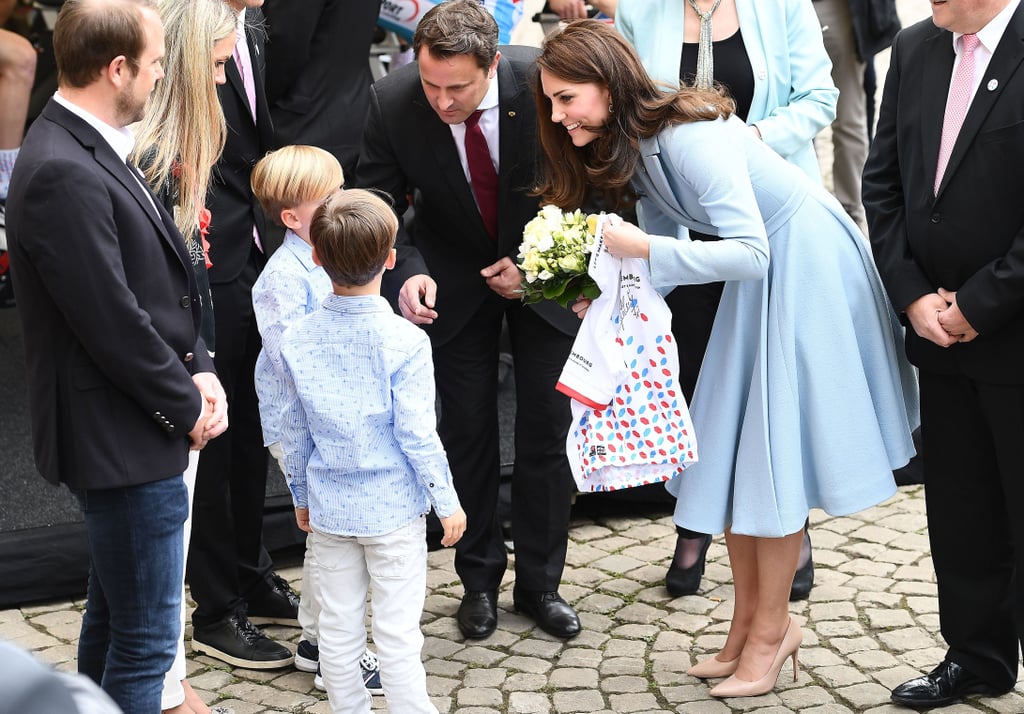 Prince William better watch his back, because a few pint-sized admirers of Kate Middleton caught her eye during her solo appearance in Luxembourg on Thursday. The Duchess of Cambridge, who practically floated through the afternoon in her dreamy blue coat, is in town to celebrate the 150th anniversary of the 1867 Treaty of London, which marked the nation's independence and neutrality. In addition to chatting with Crown Princess Stephanie at the Grand Duke Jean Museum of Modern Art, she also mingled with the gathered crowd.

While we love seeing Kate in any capacity, there's just something so charming about her interactions with kids. The mom of Princess Charlotte and Prince George couldn't help but smile and laugh as she chatted with a few small boys, who gifted her with a bouquet of flowers. Kate's other activities included meeting with young locals who work in education, culture, and business and attending a cycling-themed parade, where she met with children who are designing Tour de France jerseys.

Related:
Get a Glimpse at Will and Kate's Royal Life With These 47 Personal Photos
Previous Next Start Slideshow
The RoyalsKate MiddletonThe British Royals