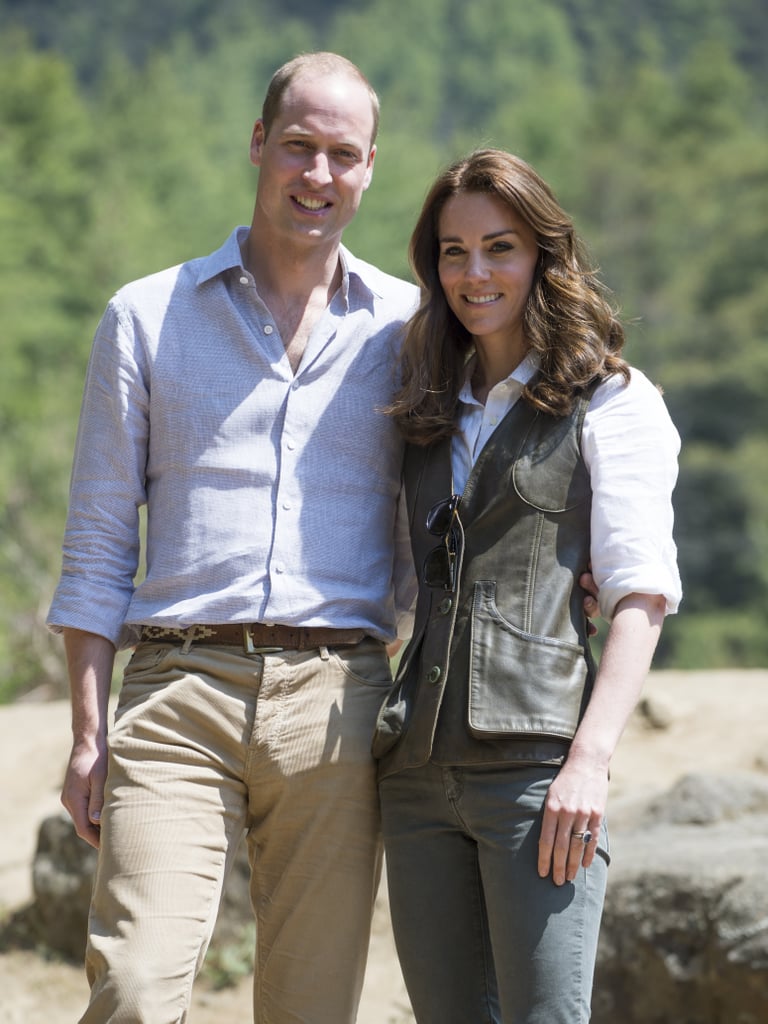 Prince William and Kate Middleton kicked off their week-long tour of India and Bhutan on Sunday. After touching down in Mumbai, the royal couple paid a visit to the Taj Palace Hotel Memorial and laid wreaths in honor of the victims of the 2008 terror attacks. They also met with children for a fun game of cricket and were presented with gorgeous flower garlands and tilaks by the locals at the Banganga Water Tank. The duo then made their way back to the hotel, where they wrapped up their night at a Bollywood-inspired charity gala.

On Monday, the pair visited Gandhi Smriti, an Indian museum dedicated to Mahatma Gandhi in New Delhi; laid a wreath at India Gate Memorial to honor soldiers from Indian regiments that fought in World War I; and attended a Young Entrepreneurs Event in Mumbai. Later that evening, Will and Kate attended a garden party celebrating Queen Elizabeth II's upcoming 90th birthday. The following day, the couple visited the Hyderabad House and met with the prime minister of India, Narendra Modi. Later that night, the two made their way to the Bihu Festival at Diphlu River Lodge, where they sat fireside and watched children dance. On Thursday, the two arrived in Bhutan and wasted no time getting in the swing of things. In addition to meeting King Wangchuck of Bhutan and Queen Jetsun Pema of Bhutan, they also showed off their archery and dart-throwing skills. Kate, of course, stunned in a yellow dress as well as a caped top. On Friday, the duo made a picture-perfect outing as they hiked to a Buddhist monastery called the Tiger's Nest in Bhutan.

Will and Kate's tour marks their first official trip since they visited NYC in 2014. It includes stops in New Delhi, Kaziranga National Park, Bhutan, and, finally, the Taj Mahal, which happens to be the very spot where Princess Diana made an iconic visit in 1992. Read on to see more of Will and Kate, and then check out our month-to-month guide of all their royal appearances.

Watch H.E.R. and Josh Groban Rave About Their "Beauty and the Beast" Special in This Exclusive Video