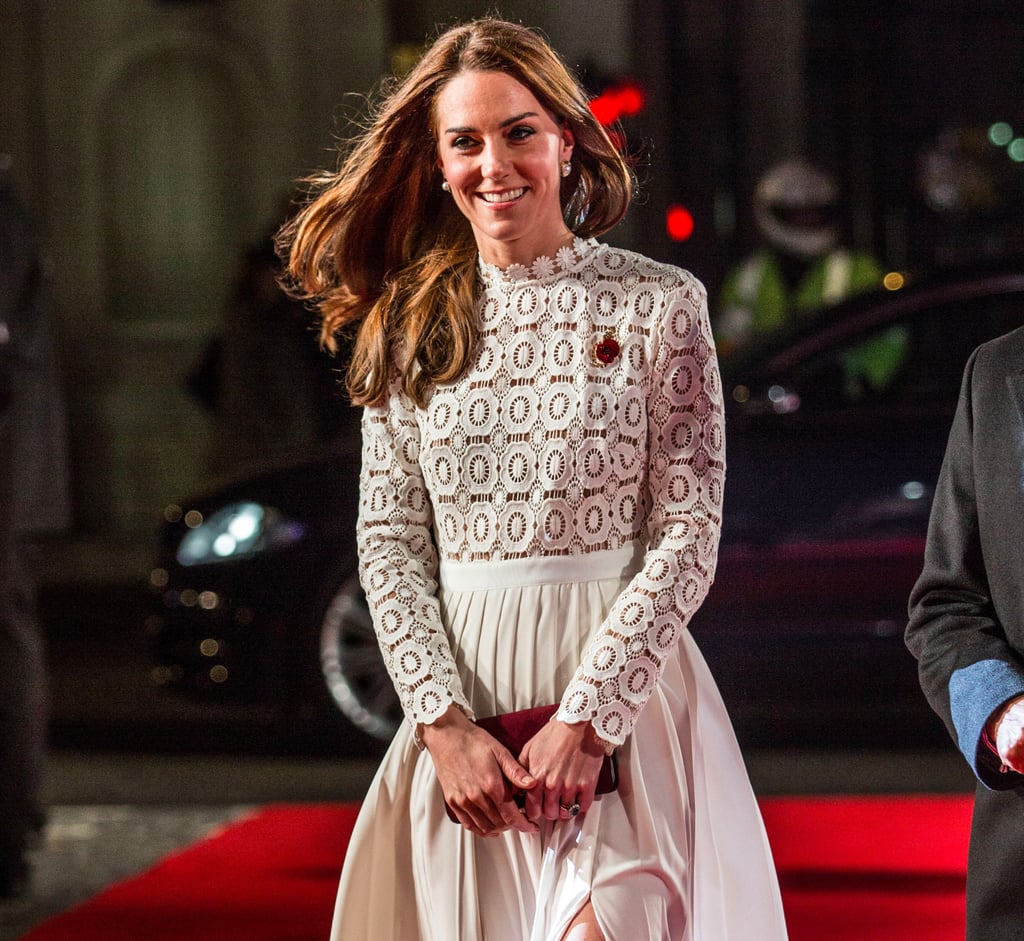 On Thursday, Kate Middleton made a glamorous red carpet appearance in London. The event in question was a premiere of A Street Cat Named Bob, which screened as part of the Recovery Street Film Festival. According to the official royal Twitter account, Kate attended as a patron of Action on Addiction, a UK charity meant to benefit research, treatment, and support for those dealing with addiction. Over the course of the evening, Kate socialized with the filmmakers and others involved in the event and even carved out time to meet the star of A Street Cat Named Bob, which is, coincidentally, a street cat that goes by the name of Bob. And before you even ask, yes, there's a video.