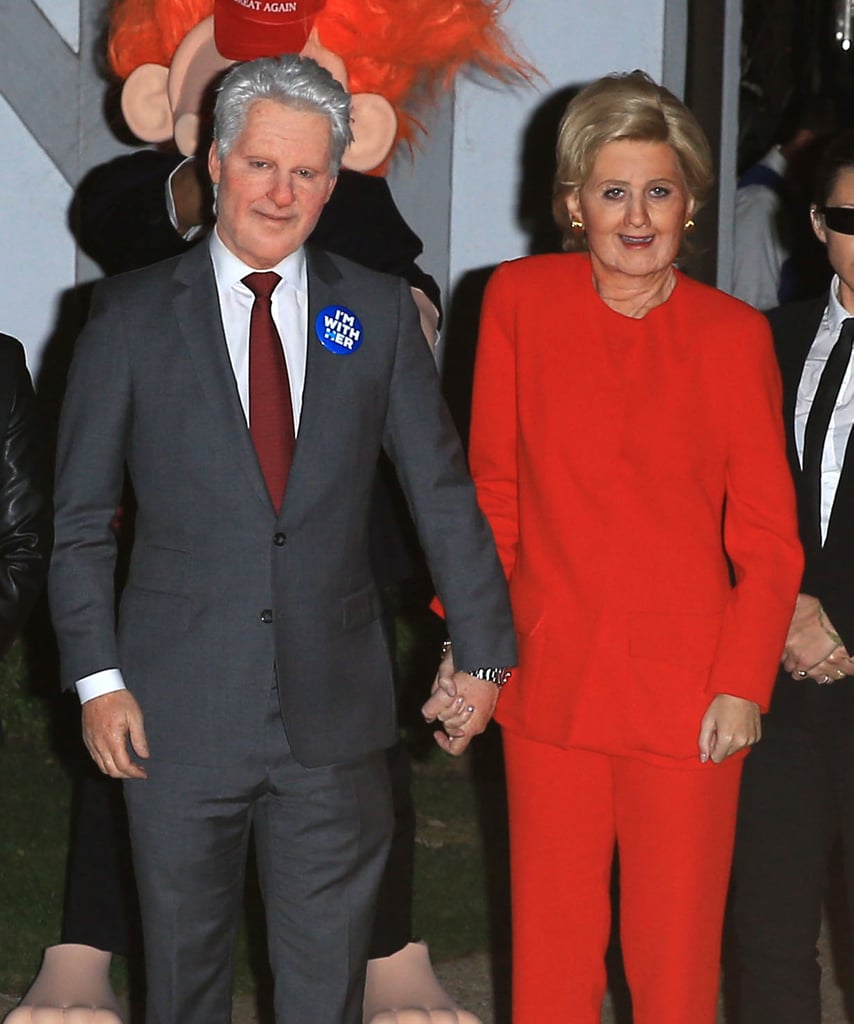 To say that Katy Perry is a huge fan of presidential nominee Hillary Clinton is an understatement. On Friday, the "Rise" singer attended Kate Hudson's annual Halloween bash in LA dressed up as none other than Hillary herself. Not only did Katy completely nail her costume with the help of prosthetics, a wig, and her own secret service detail, but to make her costume even more spectacular, boyfriend Orlando Bloom fully transformed into Hillary's opposing candidate, Donald Trump, and one of her friends went as Bill Clinton. Katy, who's been actively campaigning for Hillary, posted an Instagram photo earlier in the evening of her team getting her ready for the night, writing, "Having a little pre party before I take office #IMWITHME Cheers to @svedkavodka #howtosvedka @hillaryclinton 🍸✨." All politics aside, we have to admit Katy and Orlando crushed their Halloween costumes.

Ben Platt
Ben Platt and Noah Galvin Are Engaged: "He Agreed to Hang Out Forever"
by Njera Perkins 14 hours ago