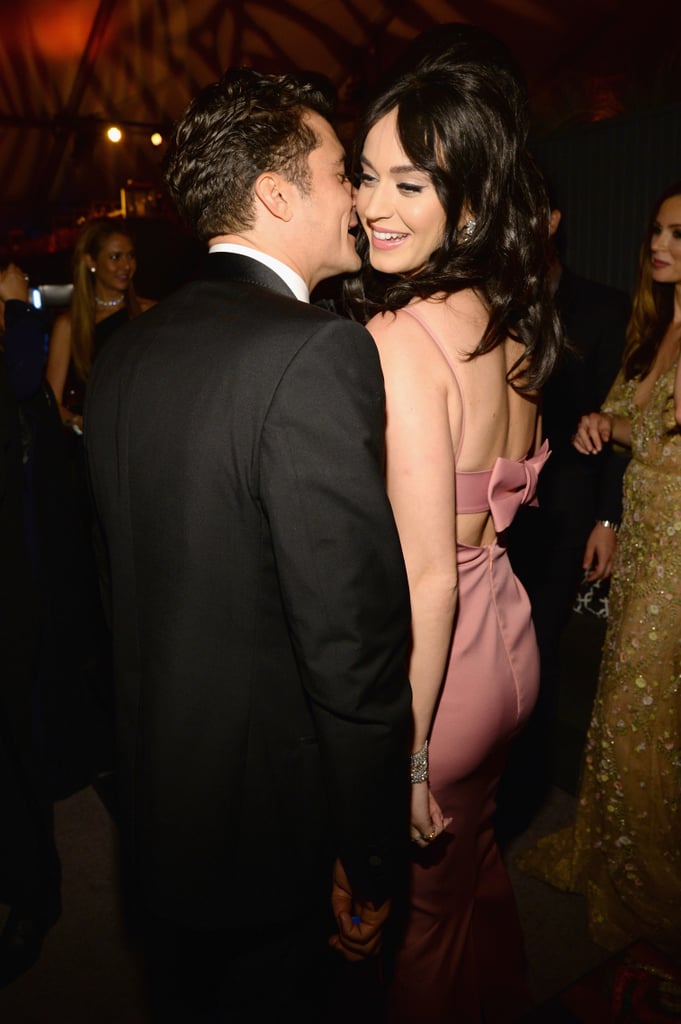 We spotted Katy Perry and Orlando Bloom looking very flirty last night at the Weinstein Company and Netflix's Golden Globes afterparty, held just a few steps away from the ceremony itself at the Beverly Hilton. The two apparently didn't mind being snapped by the cameras as they whispered in each other's ears and did a little dancing to Justin Timberlake's "Rock Your Body" inside the post-award-show bash. The duo even reportedly took a smoke break with a shared vape pen during the festivities.

Katy presented the honor for best original song during the Globes and brought her friend Derek Blasberg, a fashion editor and socialite, as her official date for the evening. We saw Katy and Derek, joined by Orlando and a small entourage, piling into an Escalade and leaving the soiree together around 10:45 p.m.

Orlando split from Miranda Kerr in 2013, and while Katy Perry was seen with on-again, off-again flame John Mayer over New Year's, it was clear to anyone with eyeballs that there was serious chemistry brewing between Orlando and Katy last night.