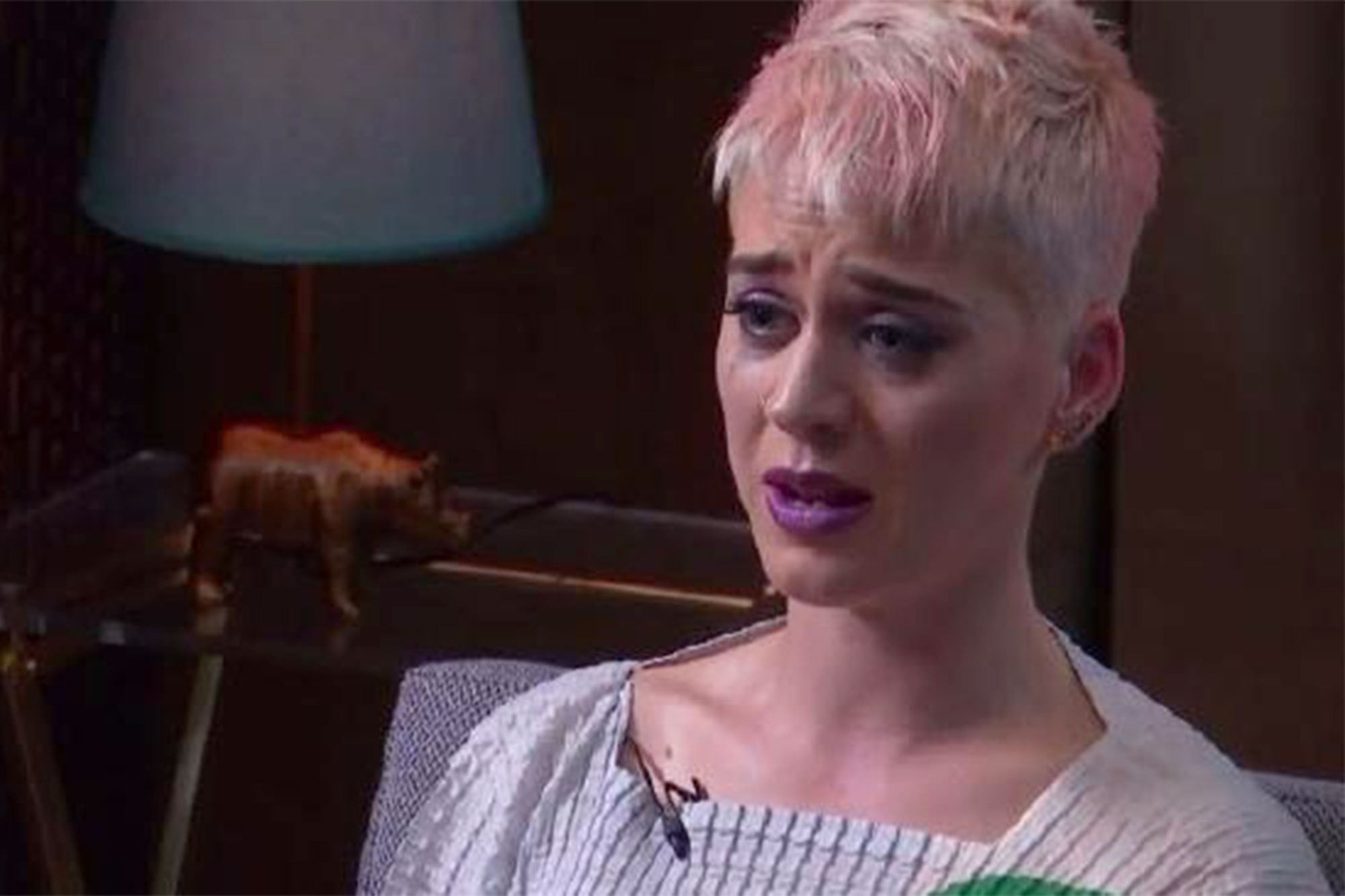 Katy Perry gave fans a peek into her emotional therapy session on Friday night. The singer has been live streaming her life on her YouTube channel as part of the release of her Witness album, and during her session with Dr. Siri Sat Nam Singh, Katy got heartbreakingly honest about her past suicidal thoughts and the real reason behind her pixie haircut. Katy told Dr. Singh that she often feels divided between "Katy Perry, the pop star" and "Katheryn Hudson, the dork" her family and close friends know, which was also the motivation behind her new hairdo. "I didn't want to look like Katy Perry anymore," she said. "I'm a bit more nerdy than everybody thinks I am, I'm a big goofball. The fantasy of Katheryn went into Katy and made this bigger than life personality. That's the point of this whole thing, if people can see I'm just like them then they can dream just as big."

Katy talking about how she wants to be her authentic self and not "Katy Perry" 🤧 pic.twitter.com/gnuwDf0AIo

According to Australia's News Corp, Katy also opened up about her previous battles with alcohol, revealing that she struggled with thoughts of suicide in the past. "I wrote a song about it. I feel ashamed that I would have those thoughts, feel that low and that depressed," she said. "You can be right or you can be loved. I just want to be loved." Katy's 72-hour Witness World Wide YouTube special is running through Monday and will include a free concert for a select group of fans.