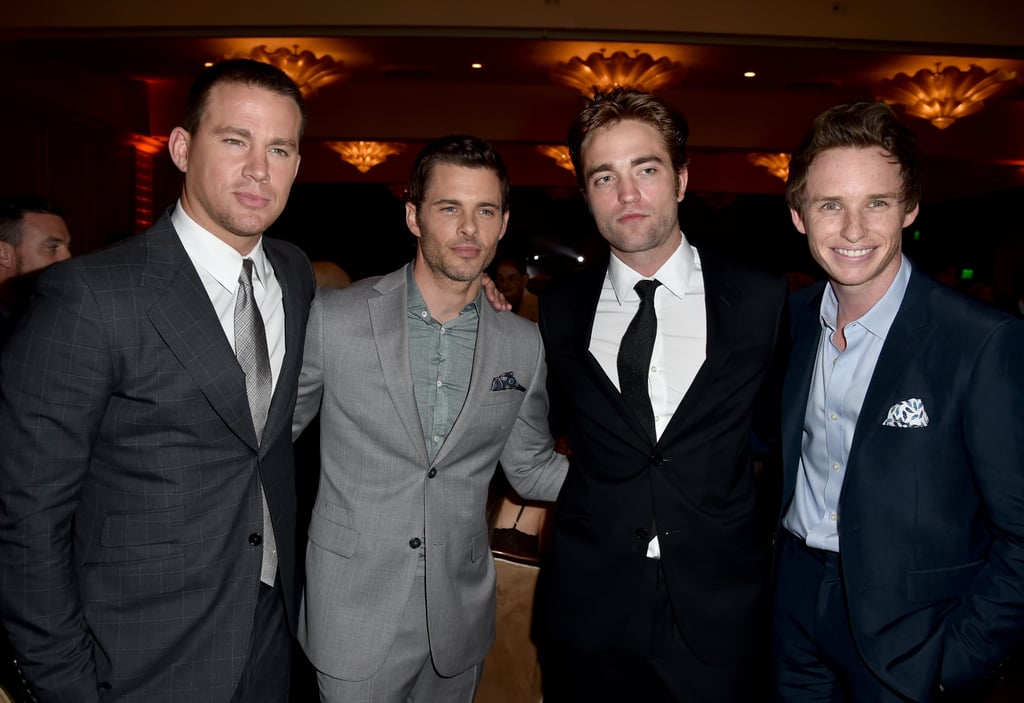 There Is Way Too Much Hotness Happening at This Hollywood Event

Kerry Washington, Kristen Bell, Channing Tatum, and Robert Pattinson were just some of the stars to step out for the Hollywood Foreign Press Association's Grants Banquet in LA on Thursday evening. The charitable event also brought out younger film favorites like Hailee Steinfeld, Elle Fanning, and Logan Lerman, who stuck together inside while posing for photos. Sofia Vergara, who popped up in a sexy red dress (but without her new boyfriend, Joe Manganiello), was all smiles on the red carpet before she took the stage with HFPA president Theo Kingma. Also on hand for the fun were veteran actor Morgan Freeman, funny guys Jason Segel and Andy Samberg, Obvious Child star Jenny Slate, and Nick Jonas, who hid his bulging muscles under a sleek gray suit.

While a suited-up Robert Pattinson made sure to log time with fellow Brit Eddie Redmayne, Scandal star Kerry Washington — who has slowly emerged back on the scene since giving birth to daughter Isabelle back in April — shared sweet hugs and laughs with Kristen Bell. They likely had a lot to talk about, as Kristen is currently pregnant with her second child with husband Dax Shepard; the couple welcomed their little girl Lincoln last year, and Kristen was positively glowing with her growing belly on display while performing the Frozen hit "Do You Want To Build A Snowman?" on stage. Keep reading to see all the photos from the HFPA's banquet.

Jennifer Lopez
Should We Talk About J Lo's Crazy, Sexy Global Citizen Costumes All Day or All Month?
by Sarah Wasilak 4 days ago