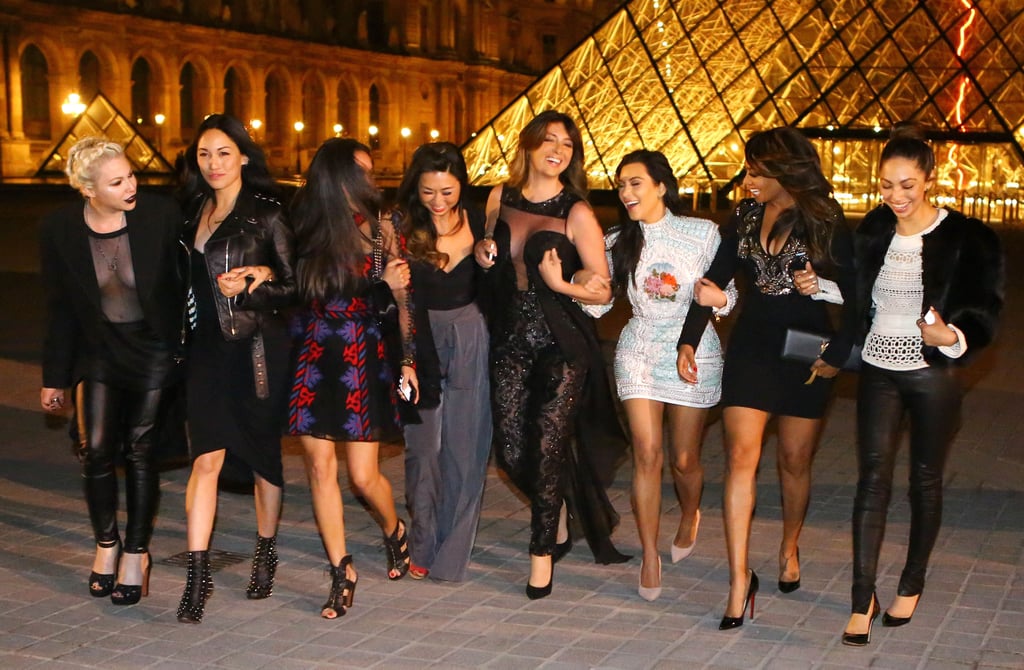 On Thursday, Kim Kardashian celebrated her second-to-last day as a single woman with a girls-only night on the town in Paris. The bride-to-be, dressed in a Balmain couture white frock, went to a dinner (which she dubbed "the last supper") with her female family members and friends. Guests included Kim's longtime friends LaLa Anthony and Brittny Gastineau, as well as designer Lorraine Schwartz, Scottie Pippen's wife, Larsa Pippen, and all of Kim's sisters. After dining at the Costes Hotel, the group went on a nighttime sightseeing expedition, which included a photo-op at the Louvre's famous pyramid and a visit to the Eiffel Tower. While Kim and her family have been in Paris for the past week, she officially kicks off her three-day wedding extravaganza on Friday. The family is keeping mum on the details, but the bash will reportedly include a kickoff celebration in the City of Light, a stop in Florence, and a performance by Lana Del Rey.