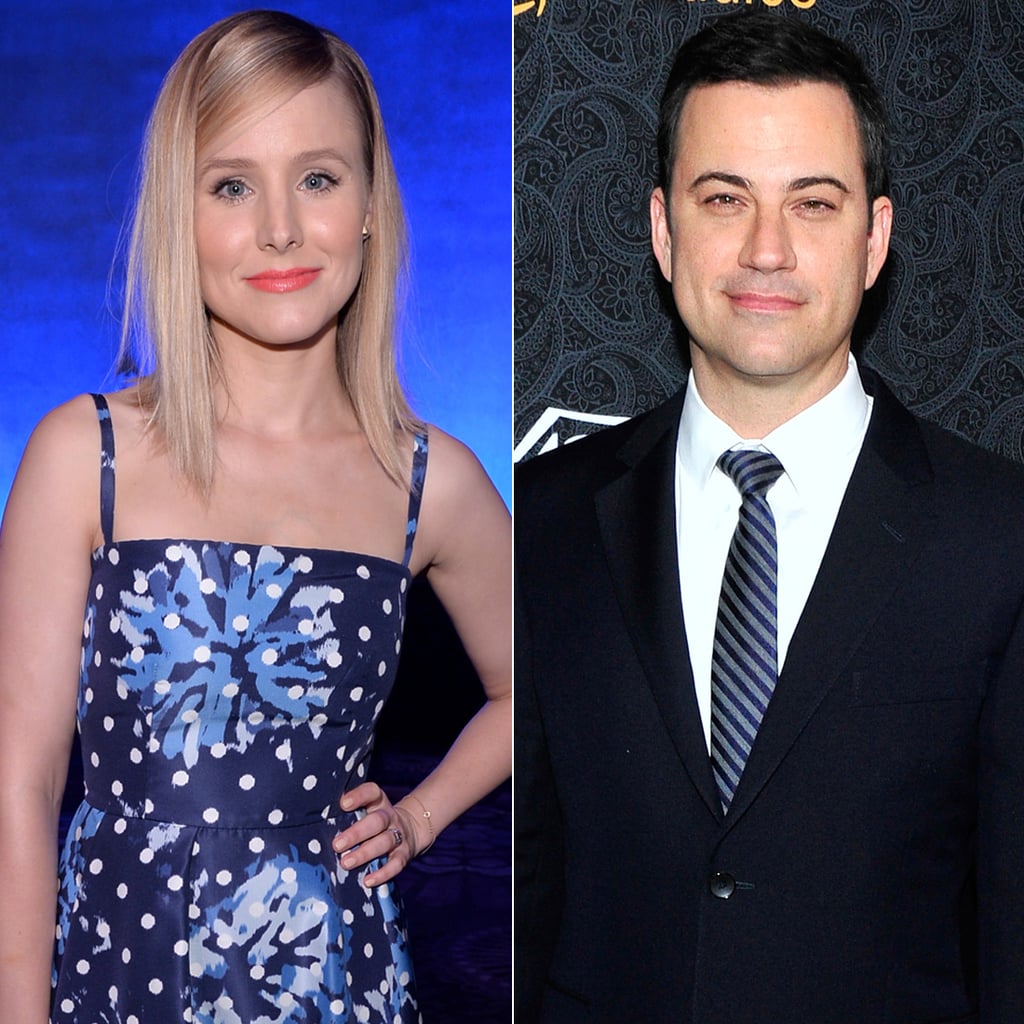 Have you seen the video of the squirrel who tries to bury his acorn in a sweet dog's fur? If not, Kristen Bell has you covered with the instant classic. In other funny tweets, Jimmy Kimmel has nothing but mean things to say to people who don't love mean tweets, Ellen wants to make you laugh within the confines of a PG rating, and Joan Rivers is still giving celebrities a hard time. Keep reading to LOL at all that and more!

Hold up, who didn't like mean tweets? Please announce yourself.

What did the the digital clock say to the grandfather clock? Look grandpa! No hands! #ClassicJokeWednesday

The Vanity Fair Hollywood issue is out on newsstands. Thank goodness! Actors don't get enough attention this time of year.

I am so tucking down with broccolini.

You know a vegetable is the new kale when Seth knows it by name.

#JustMyLuck about to walk into a very important meeting & some how my seatbelt got stuck in my back… http://t.co/Me0GN5mK7O

Yeah, Kelly's bum will be revealed if you click that link.

A study says that teens are more stressed than adults. Relax, kids, it's not important unless it affects the ENTIRE REST OF YOUR LIFE!

New York City has turned into a giant blended margarita.

When does the music start?

Love us some throwback The Office reference.

Why do all the people who post "cute cat videos" on YouTube edit creepy music over the videos? Ruins my cute cat watching enjoyment.

Pretty sure you know the answer to that.

Degrassi
Degrassi Stars Pay Tribute to Jahmil French After His Death: "You Were So Loved"
by Kelsie Gibson 4 hours ago

Celebrity Instagrams
Hollywood Is Calling Out the HFPA's Lack of Black Members: "A Cosmetic Fix Isn't Enough"
by Grayson Gilcrease 2 days ago

Jennifer Lopez
J Lo Posted a Picture in a Gorgeous Wedding Dress, but It's For Her New Movie
by Nikita Charuza 5 days ago

Joe Biden
Chrissy Teigen Asks President Joe Biden to Unfollow Her on Twitter: "It's Not You It's Me"
by Karenna Meredith 1 week ago