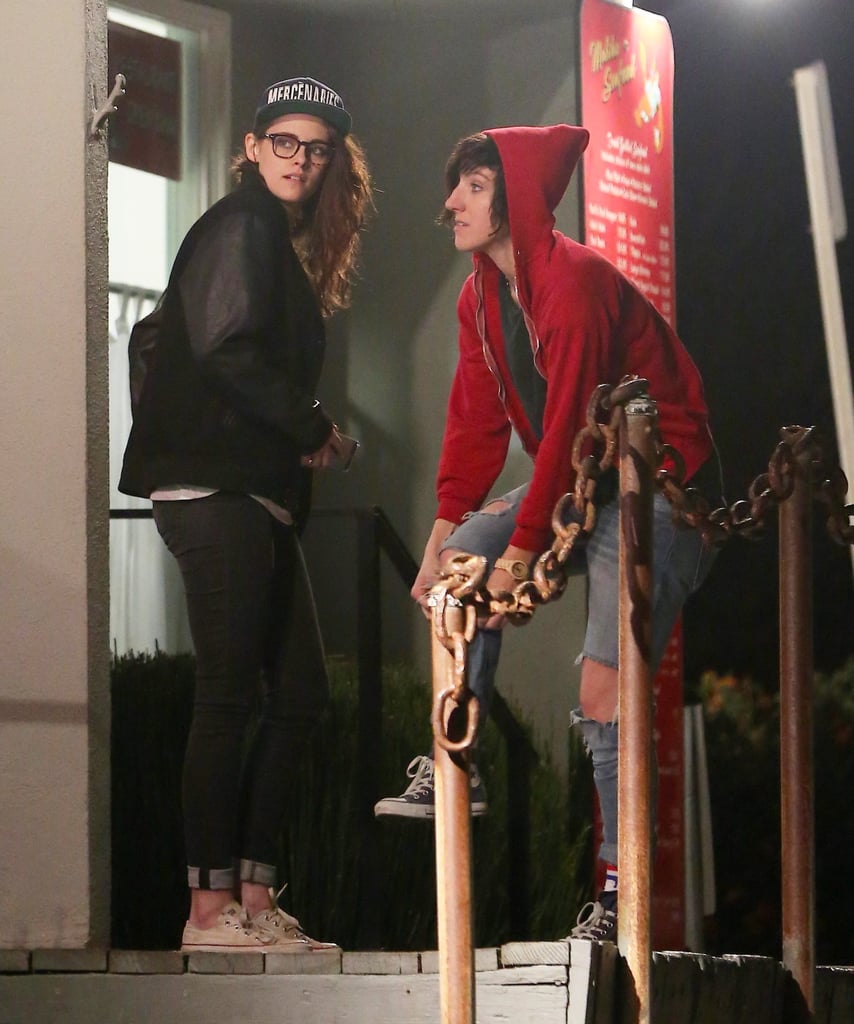 Kristen Stewart visited a seafood restaurant in Malibu, CA, for an al fresco dinner with a group of friends on Sunday. She was bundled up against the chilly weather but recently created a stir when she shed her clothes for a new, "topless" ad for Balenciaga's Rosabotanica perfume. The beautiful black-and-white portrait features Kristen, who has nothing covering her upper torso, leading many to believe that she forewent a top for the fragrance shoot. Of course, Kristen is no stranger to showing skin for her work, as she also went topless in her 2012 film On the Road.

Kristen has been lying low in LA over the past few months after wrapping up filming for Sils Maria in Europe last year. She has been spending her time with her friends, including going on a girls-only errand run to the pet store ahead of New Year's Eve.