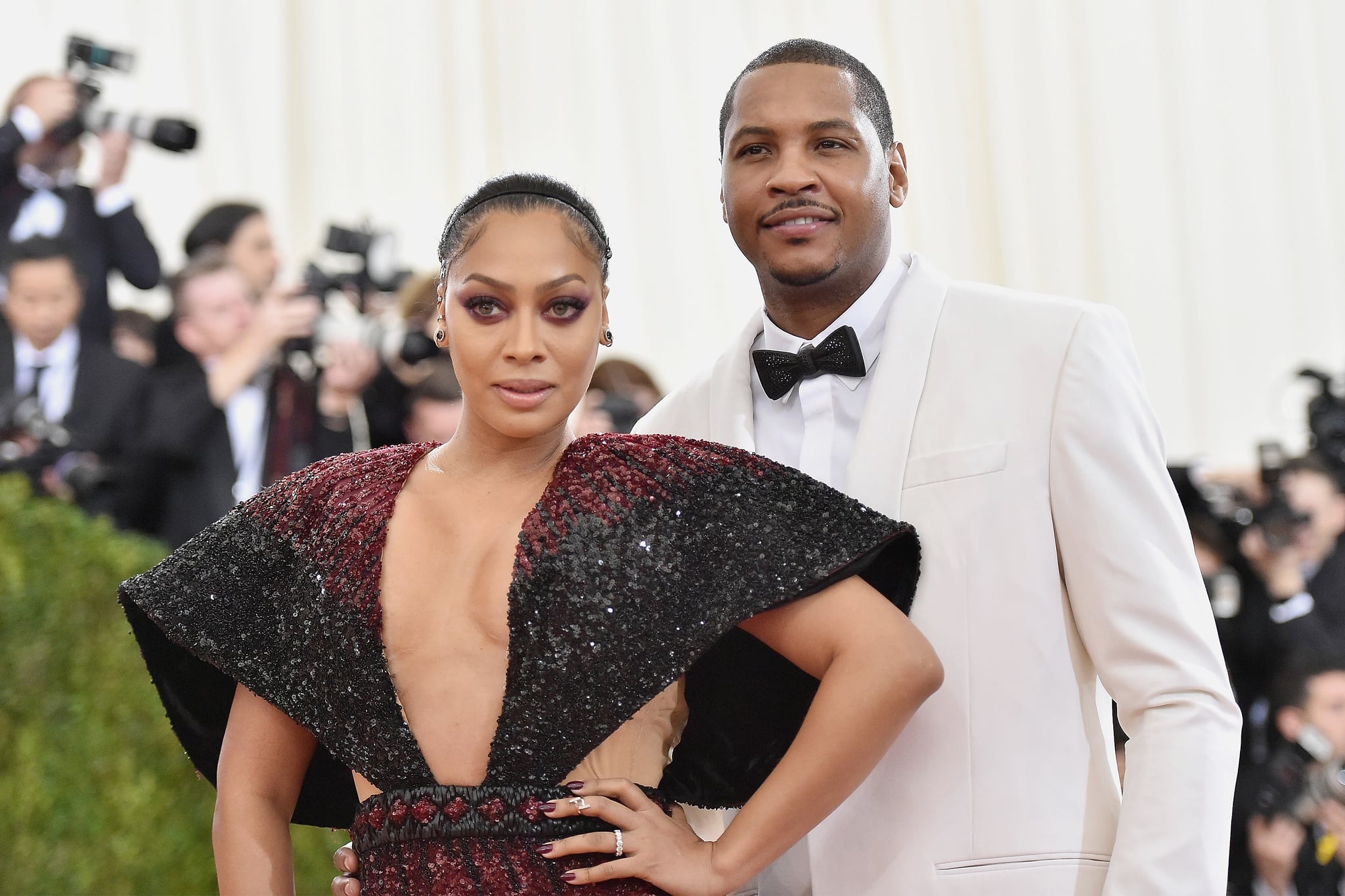 La La Anthony has filed for divorce from Carmelo Anthony after nearly 11 years of marriage, E! News reports. TMZ was the first to confirm the news, noting that La La cited "irreconcilable differences" in court documents filed on Thursday. According to E! News, the couple have been separated for a while but remain friends and committed to coparenting their 14-year-old son, Kiyan Anthony.

La La and Carmelo tied the knot back in July 2010, and they've had their fair share of ups and downs throughout the years. The two previously split in April 2017 but appeared to patch things up shortly after. The couple's last public appearance together was at Dwyane Wade's birthday celebration in April 2019.