Justin Timberlake became a first-time dad in April when he welcomed son Silas with his wife, Jessica Biel, and according to his longtime pal and former *NSYNC bandmate Lance Bass, he's the happiest he's ever been. Lance opened up to Meredith Vieira on Thursday about how fatherhood has transformed Justin. "It's been five months and it's so amazing to see a friend go through this, because you know, I grew up with him since he was 14 years old," Lance said. "But to see this amazing dad now . . . all he wants to talk about is the kid. [He's] completely changed and you have to. I mean I can't wait to be a dad myself just because I would love to know what that selflessness feels like."

Justin shared the cutest photos of Silas and opened up about his baby boy during an appearance on The Tonight Show Starring Jimmy Fallon on Wednesday, the same day he ran into Lance backstage at 30 Rock. Lance joked about the run-in during his interview, saying, "Well, I have to come all the way to NBC just to see my friends. Justin was in the building — he was shooting Fallon." He then took to Instagram to post a cute photo of the pair together, writing, "Well well, look who's in the #NBC house today! @JustinTimberlake and Cousin Rachel! Catch JT on @jimmyfallon!" 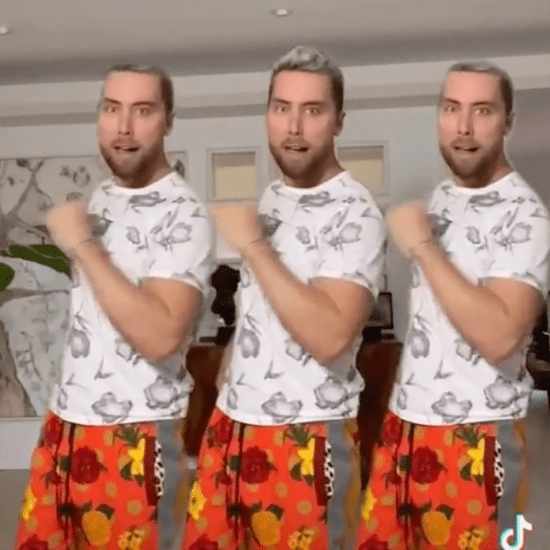 TikTok
Justin Who? This Year's "It's Gonna Be May" Is All About Lance Bass and His TikTok Challenge
by Grayson Gilcrease 2 weeks ago