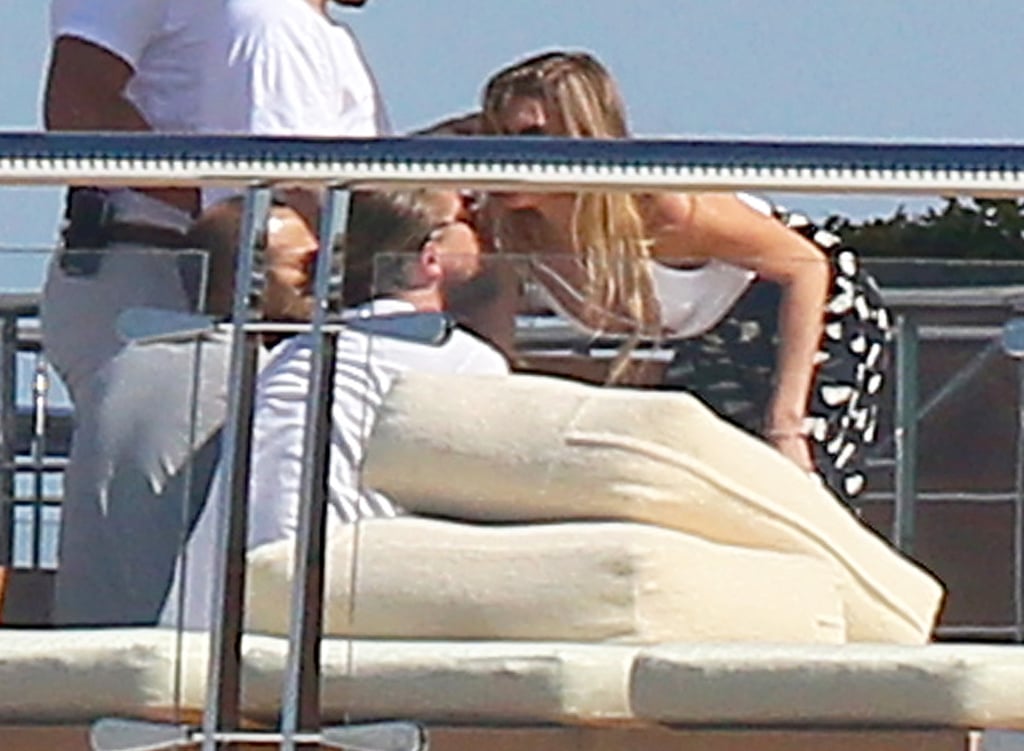 Leonardo DiCaprio is a regular in the South of France during the Cannes Film Festival, and this year is no different. On Monday, he made headlines when he outbid Paris Hilton for a Chanel purse during an auction at the Heart Fund's Generous People Dinner Gala. The next day, Leo met up with a group of friends, including Juliette Lewis, to relax on David Geffen's luxury yacht, Rising Sun. Leo also got a visit on deck from another female friend, though there were far fewer women on board than there were in 2013, when he entertained at least six ladies in the sun. He made up for it on Wednesday night when he and Robin Thicke were surrounded by women at the Gotha nightclub. Take a look at Leo's latest Cannes visit and then see how he and his former girlfriend Toni Garrn lived it up during the festival last year.