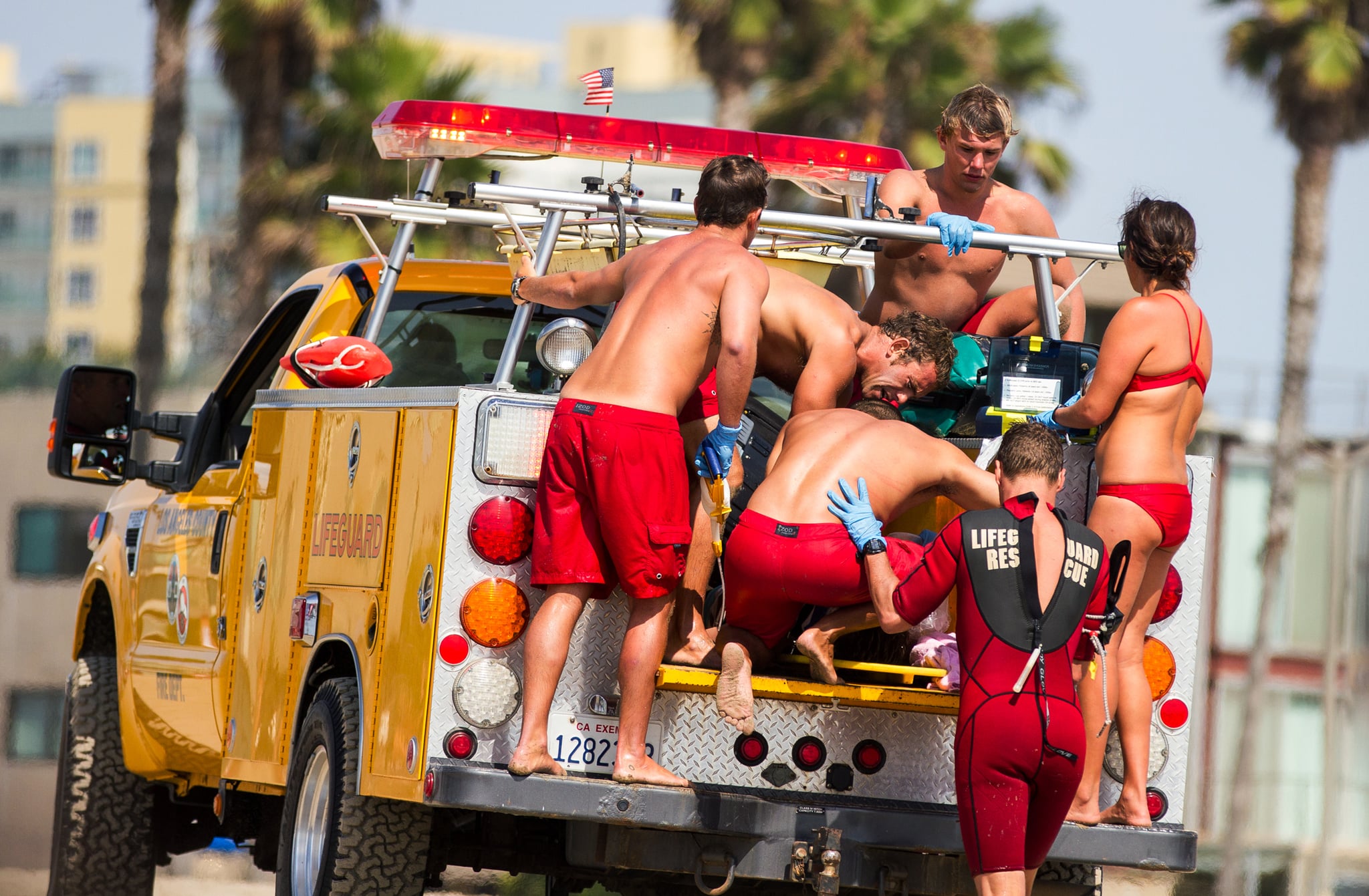 A rare thunderstorm made its way through LA on Sunday, with lightning striking the water at Venice Beach, leaving one person dead and 13 more injured. Lightning hit both the water and the beach, and one man in his 20s died while several others were taken to local hospitals. Witnesses reported hearing a loud, explosion-like sound after seeing a bright flash. One man, Joe Doro, told NBC Los Angeles, "It was like a scene out of Jaws. All the mothers were going in to grab their kids to drag them out of the water." He explained, "You heard this crackle, this giant bolt up in the sky that I've never seen like that — and I'm from the Midwest." Watch the video below for more details.